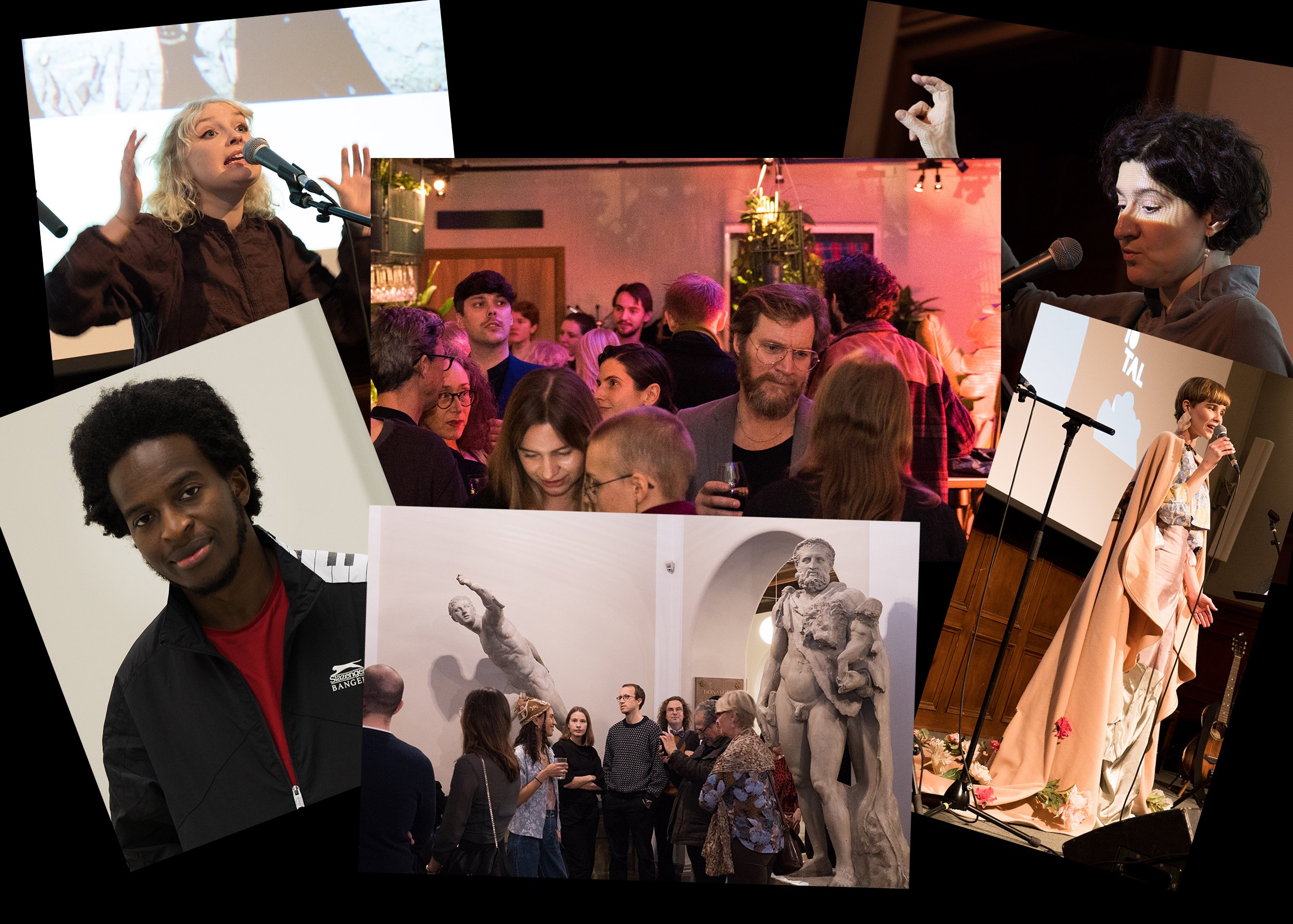 November 15th and 16th, we opened the doors at the Royal Academy of Fine Arts, inviting the audience to the Stockholm International Poetry Festival 2019 – the 23rd edition of Scandinavia’s largest meeting point for contemporary international poetry. Poetry, by established authors as well as younger talents, meet and combine with other art forms such as dance, music and art performance.

10TAL were proud to present a powerful program, with some of today’s most interesting poets. In captivating readings and inspiring seminars, they explored the greatest longing of mankind: finding home. We asked ourselves, what does it take to find a sense of belonging? Will one be permitted to create a home in a new place? How does home relate to time and space – to the present, to memory and to the physical location. Poets from Russia, Zambia/England, Syria, Czech Republic, Estonia, USA and Denmark explored the theme together with swedish authors, actors, musicians and artists.

Inauguarion in the Hall of Nike 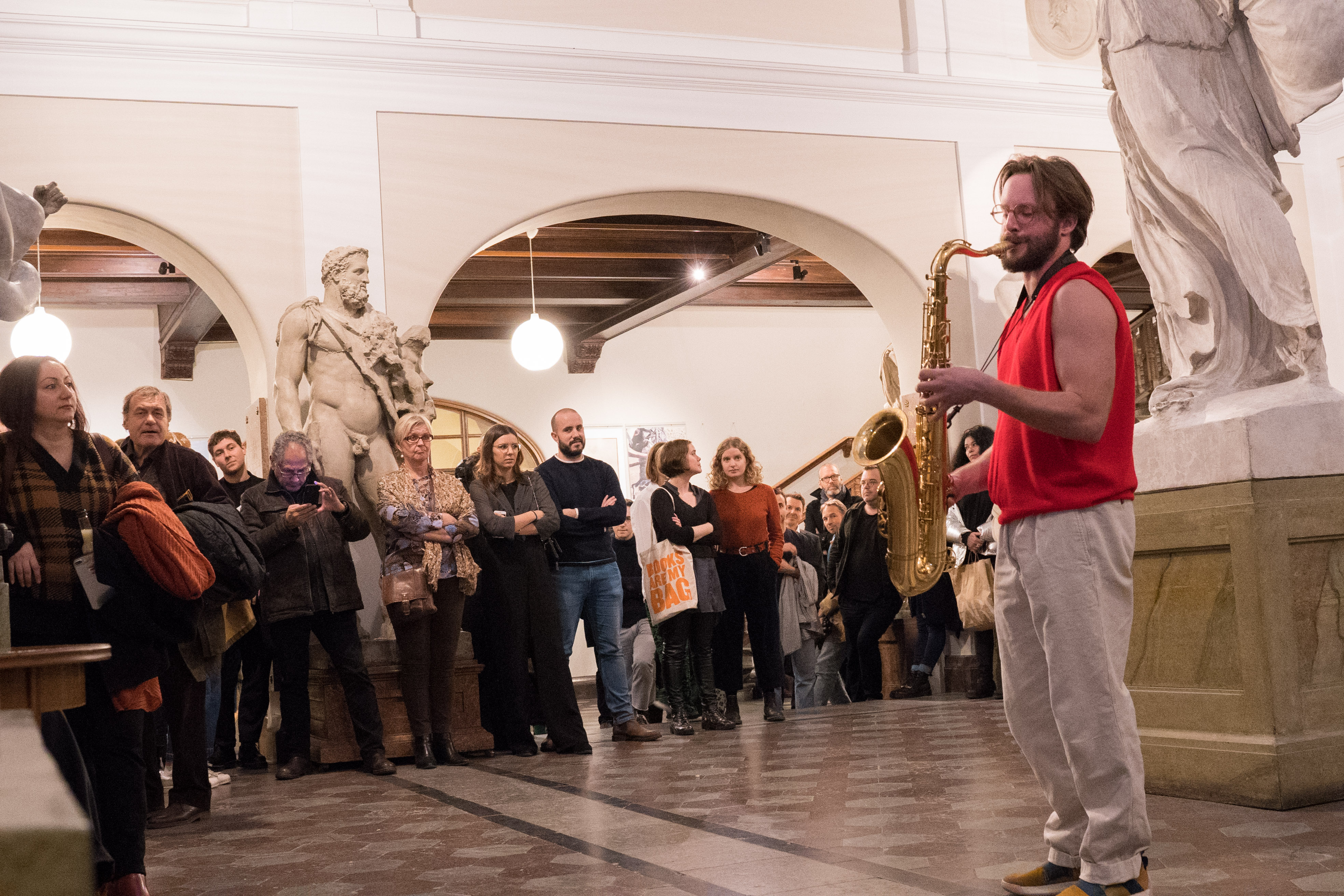 The first day of the festival was inaugurated in the Hall of Nike, with a performance of dance and music by the duo The Vibe. The notes of Marcus Doverud‘s saxophone resounded in the sculpture gallery while Linda Blomqvist were dancing around the godess of victory, Nike från Samothrace. 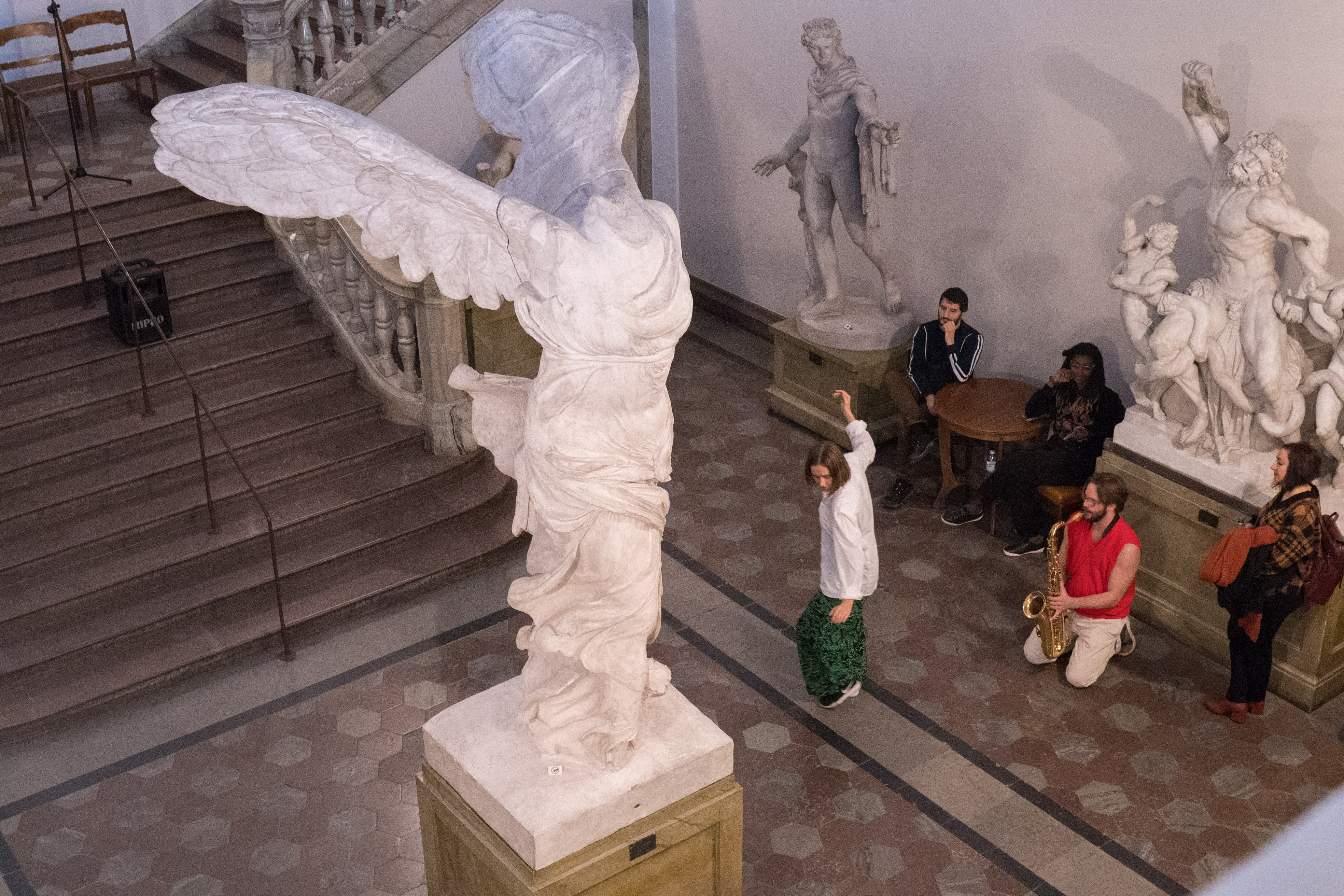 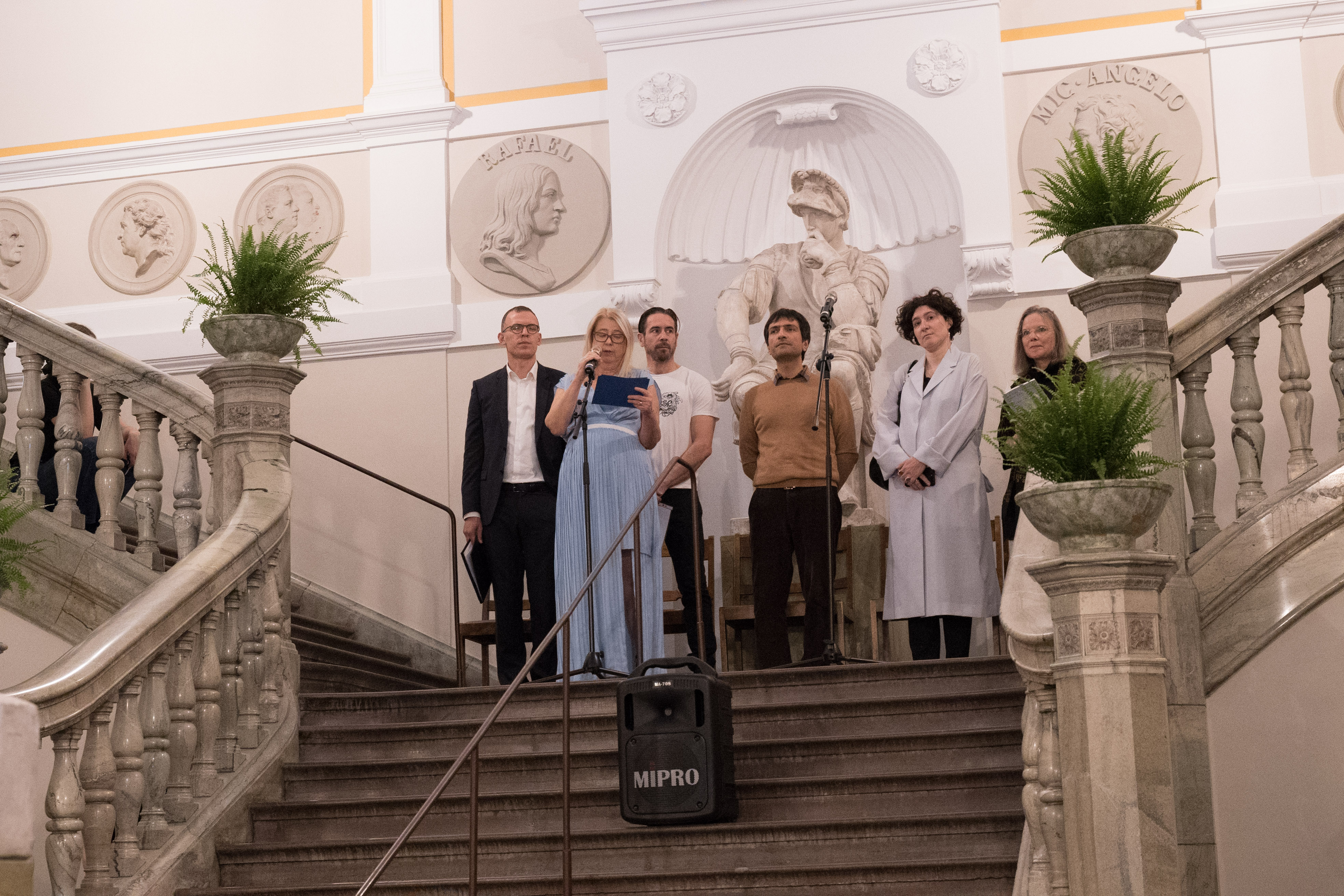 Maria Stepanova and Hannes Meidal performed »Girls without clothes«, translated to into Swedish by Ida Börjel and Nils Håkanson. 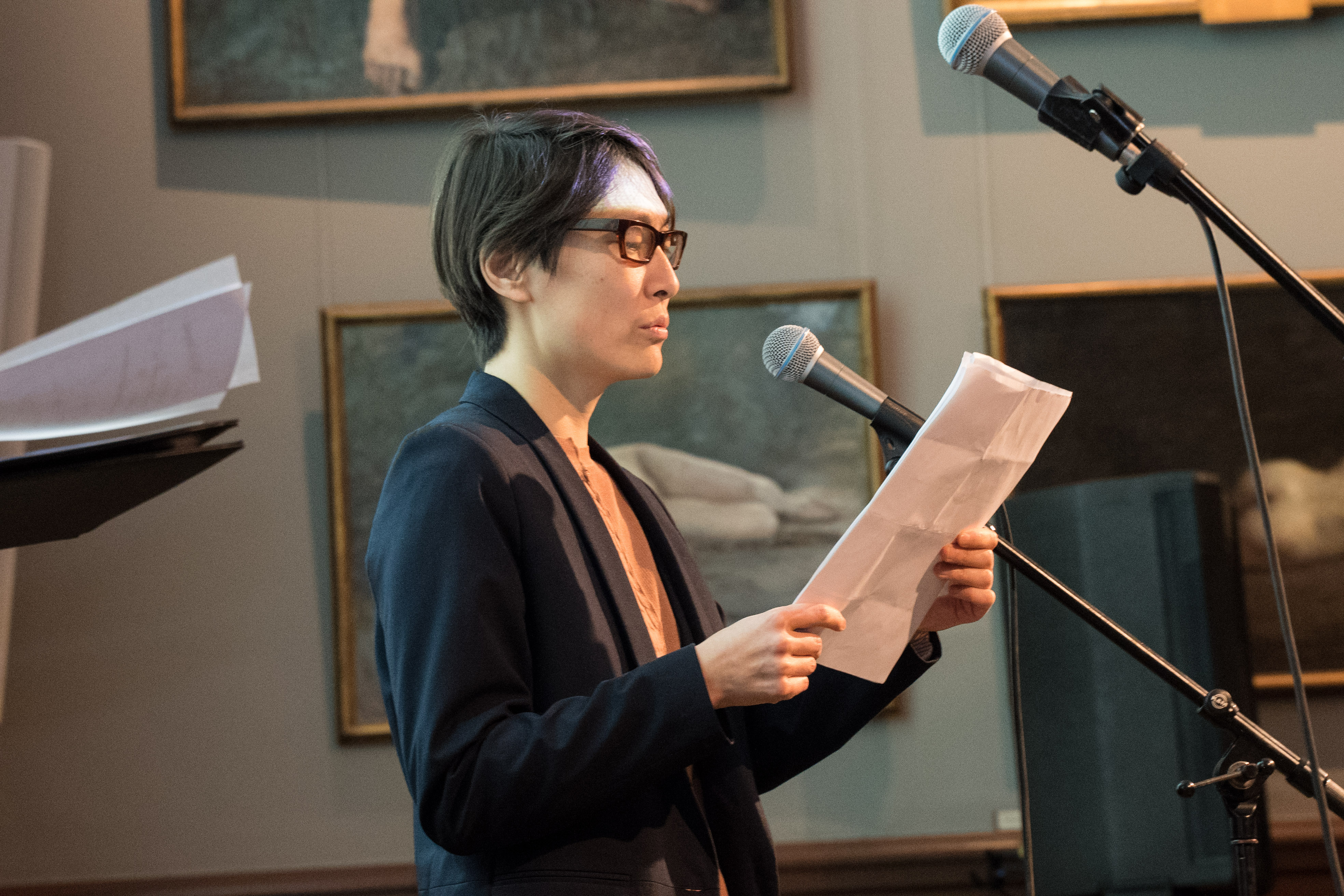 The evening continued with performances in the great hall of the Royal Academy. The poetry of Maja Lee Langvad depicted a conversation between an adoptee and their biological parents, and the things that get lost in translation. Hannes Meidal read the swedish translation. 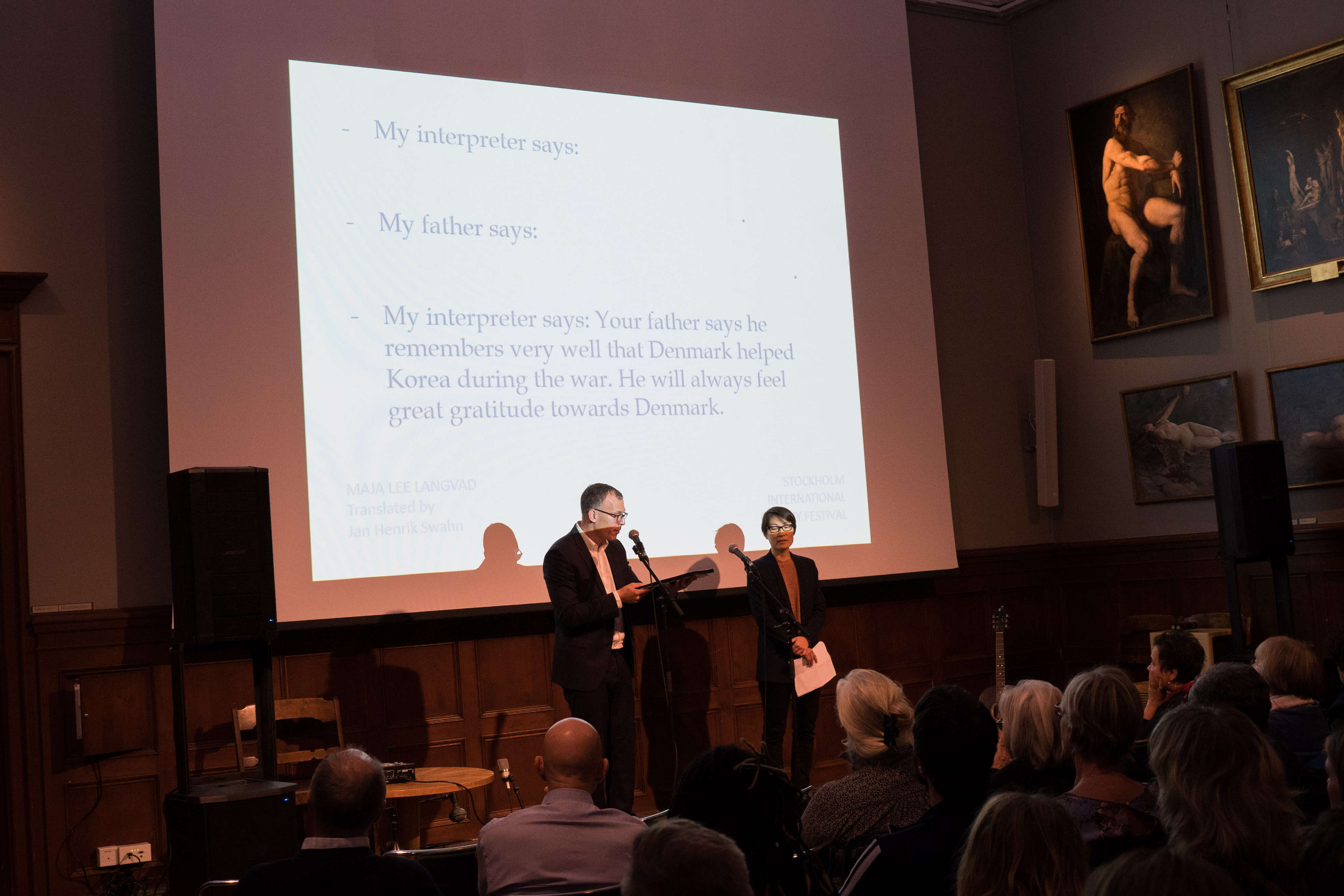 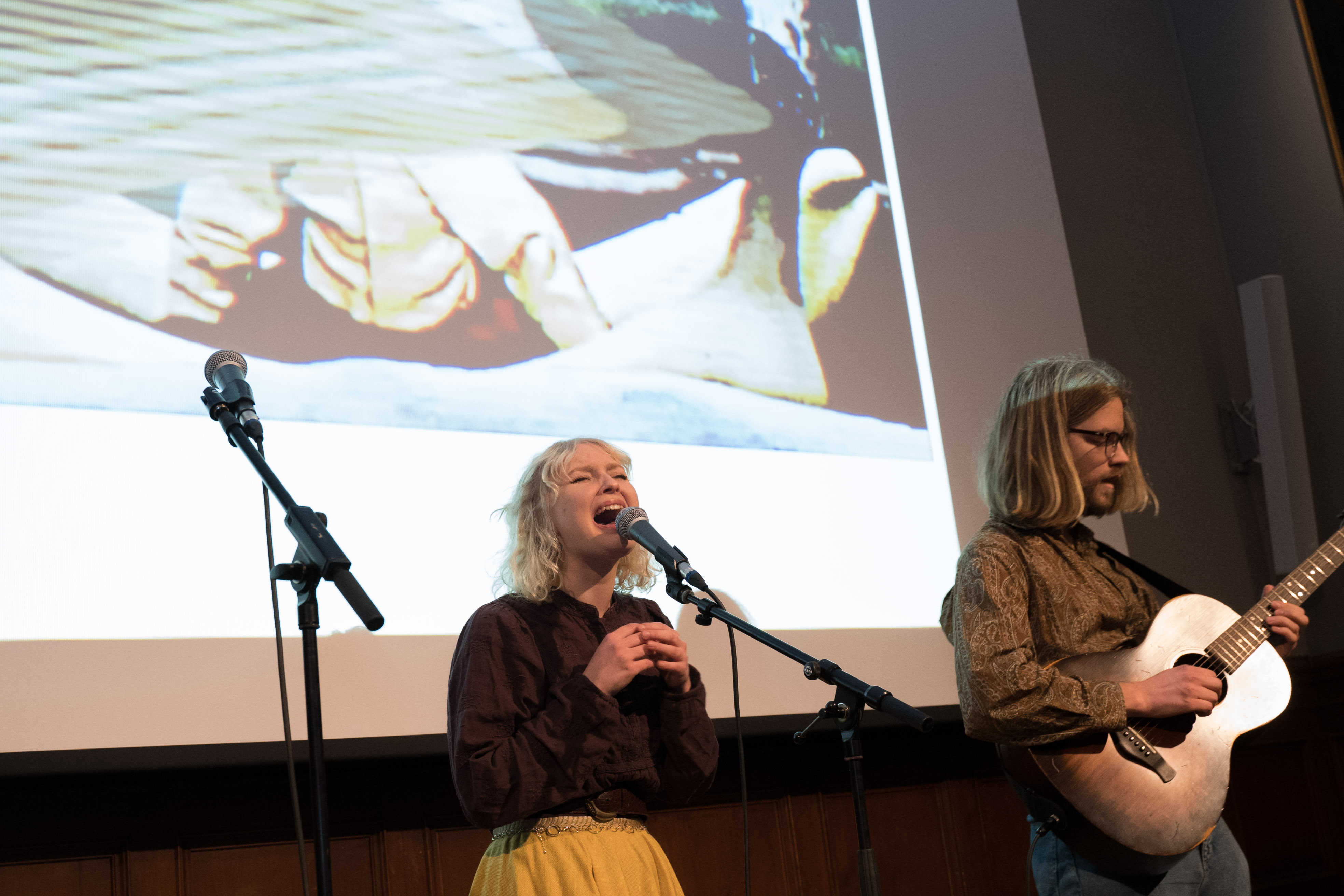 In honor of Chilean activist poet Raúl Zurita, who unfortunately had to cancel due to illness, we showed a short film about an artwork by Zurita; a poetic installation of ocean water, in rememberance of the children who drowned in the Mediterranian Sea. Zurita’s poetry was performed in Swedish by actor Ola Rapace. 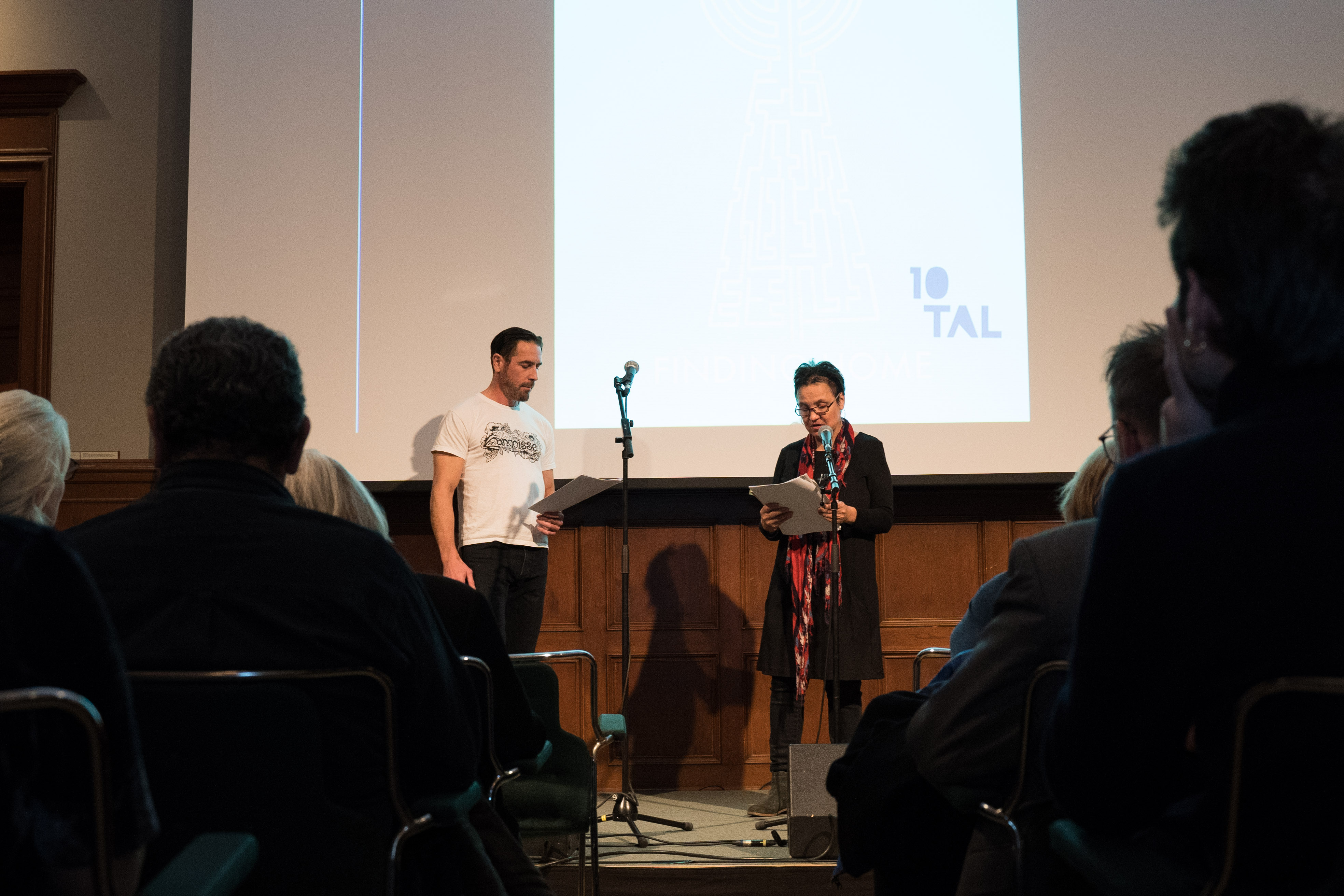 Czech author Sylva Fischerová performed a reading of her poetry in Czech and Ola Rapace read the Swedish translation. By painting pictures of mustard sandwiches and student dormitories, she uses the mythological echo to cast a new light upon the well known. »Sometimes, the dead come. Kinder / than the demons, / they repeat they love us, / scramble a watery goulash«. 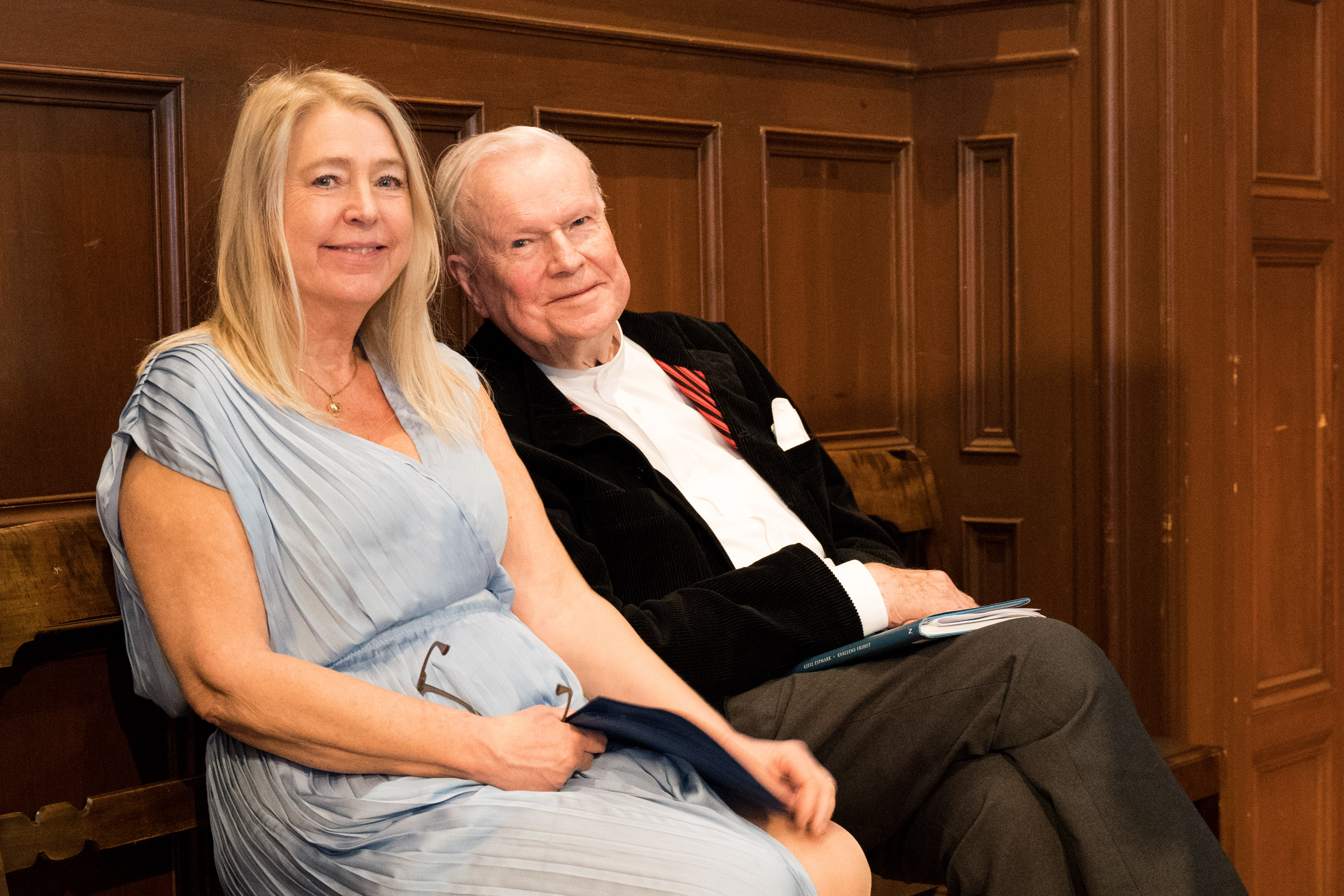 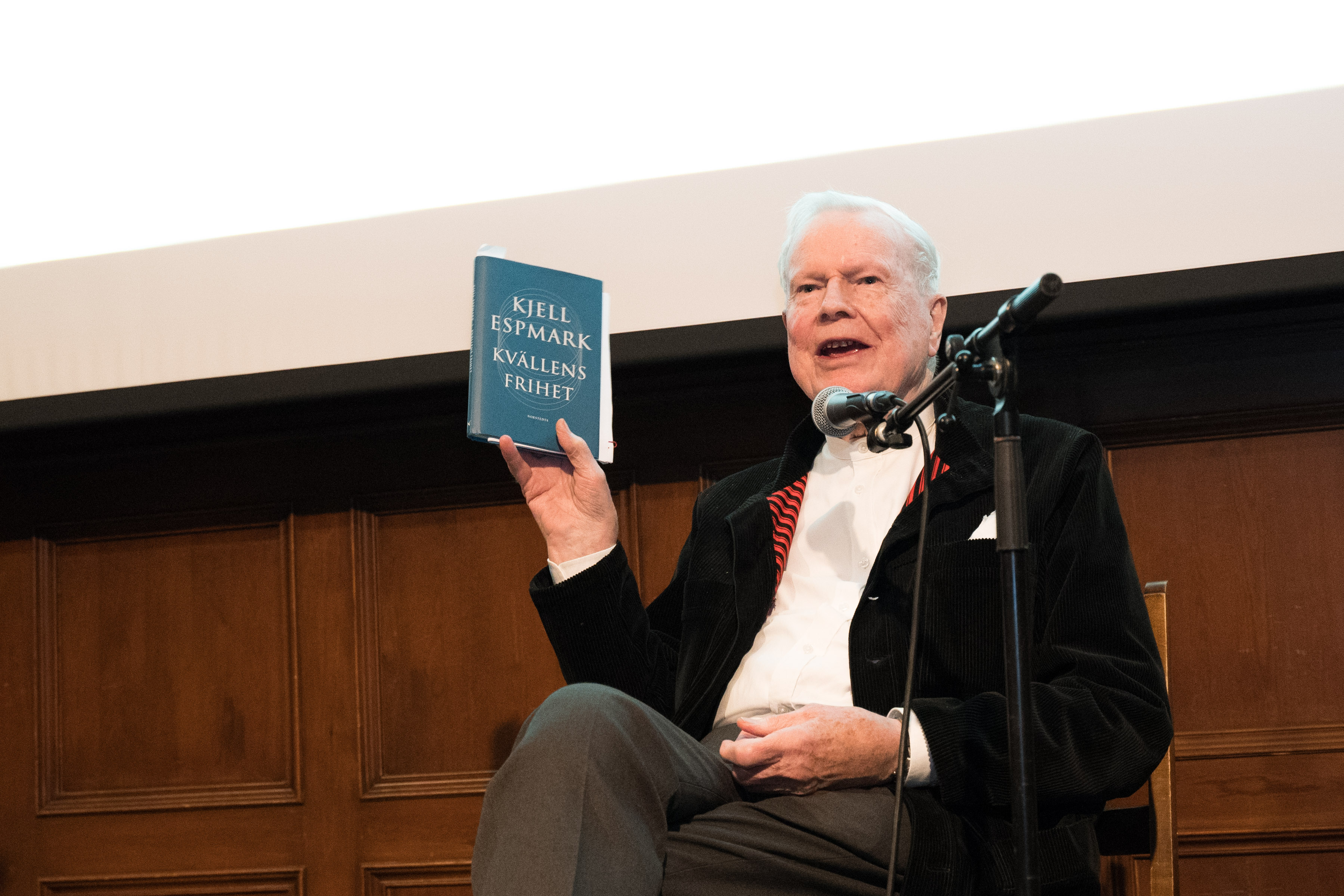 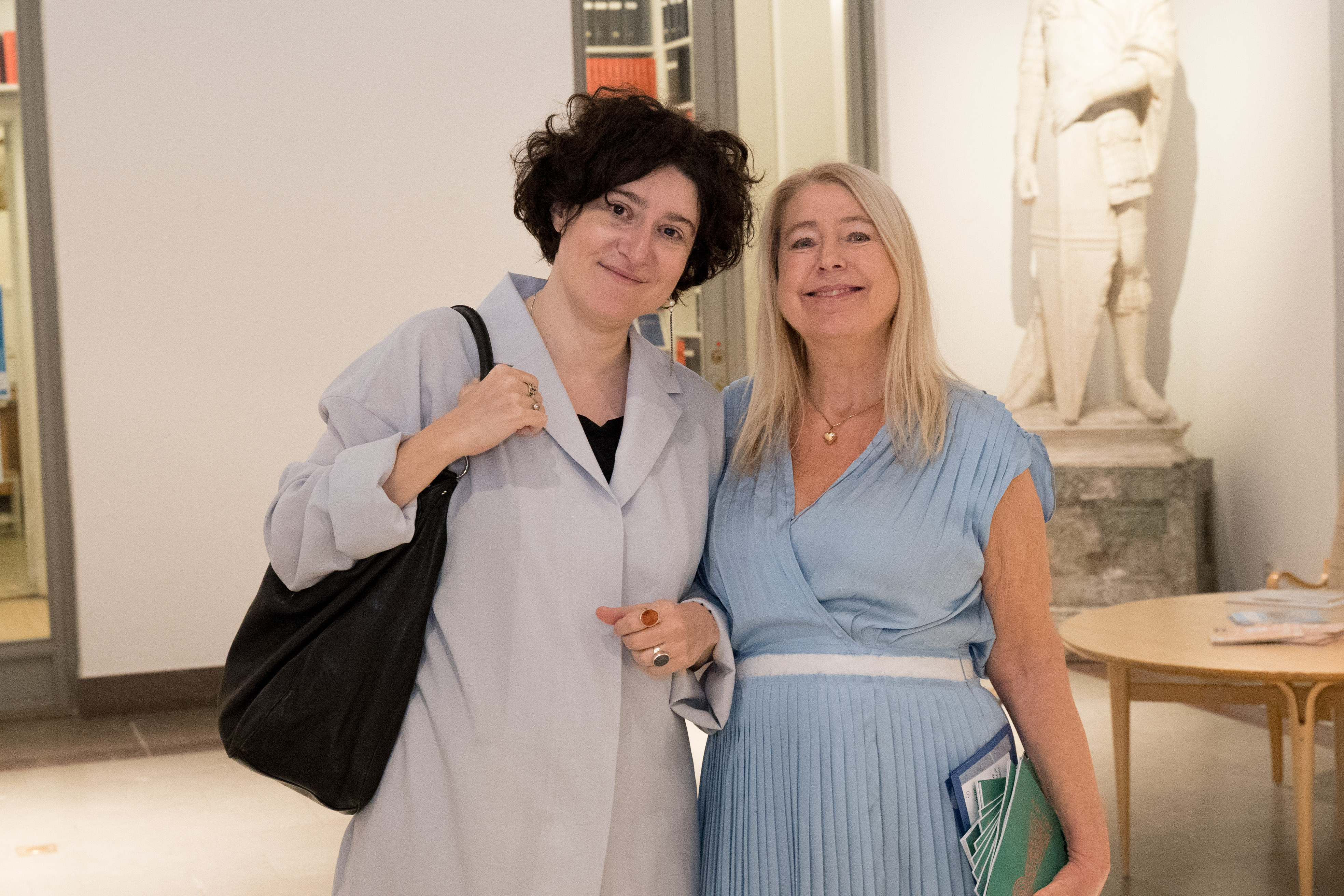 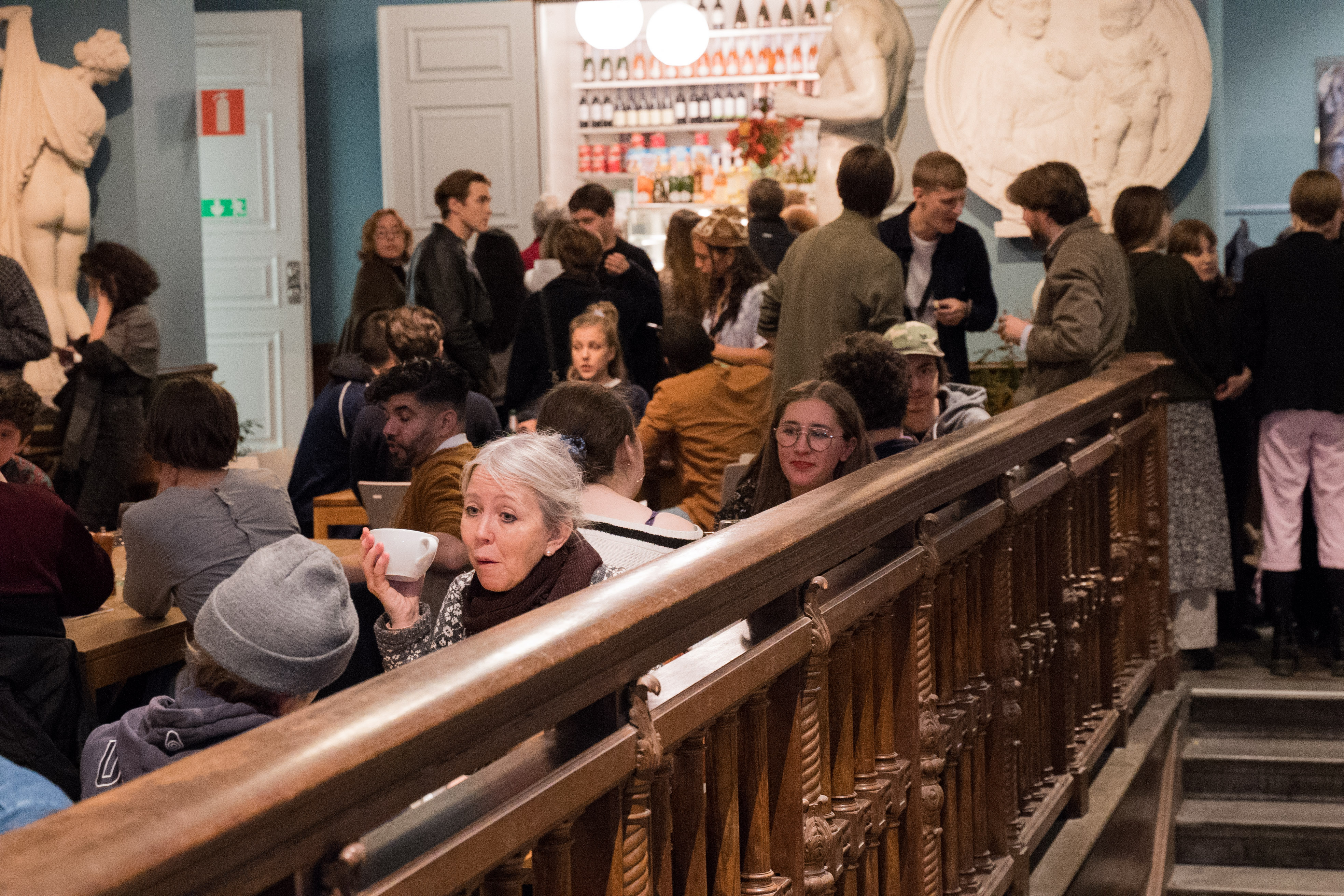 Mingle during the intermission. 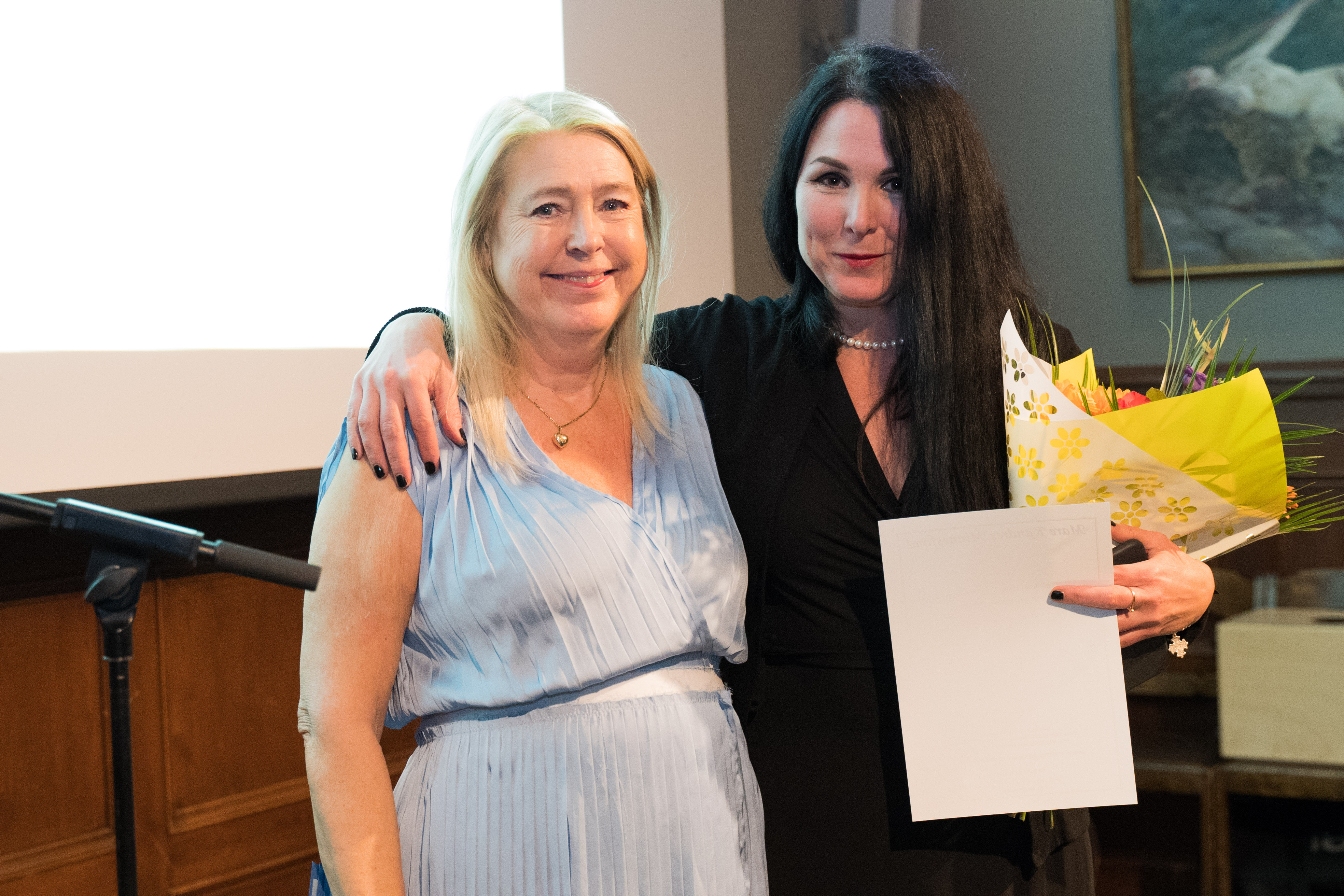 Nina Hemmingsson, who “never compromises with the rough and deeply sensitive approach which is her signum”, eas rewarded the Mare Kandre-award. The prize is awarded anually to an author who works in the spirit of Mare Kandre, and who is nominated by 10TAL in collaboration with Mare Kandres family.  From the motivation: »Hemmingsson is a one-woman liberation movement and a crisis group for anyone who feels dirty, evil and ugly, and who does not have the energy, will or ability to be successful or even normal.« After the ceremony, Hemmingsson performed a reading to projected drawings. 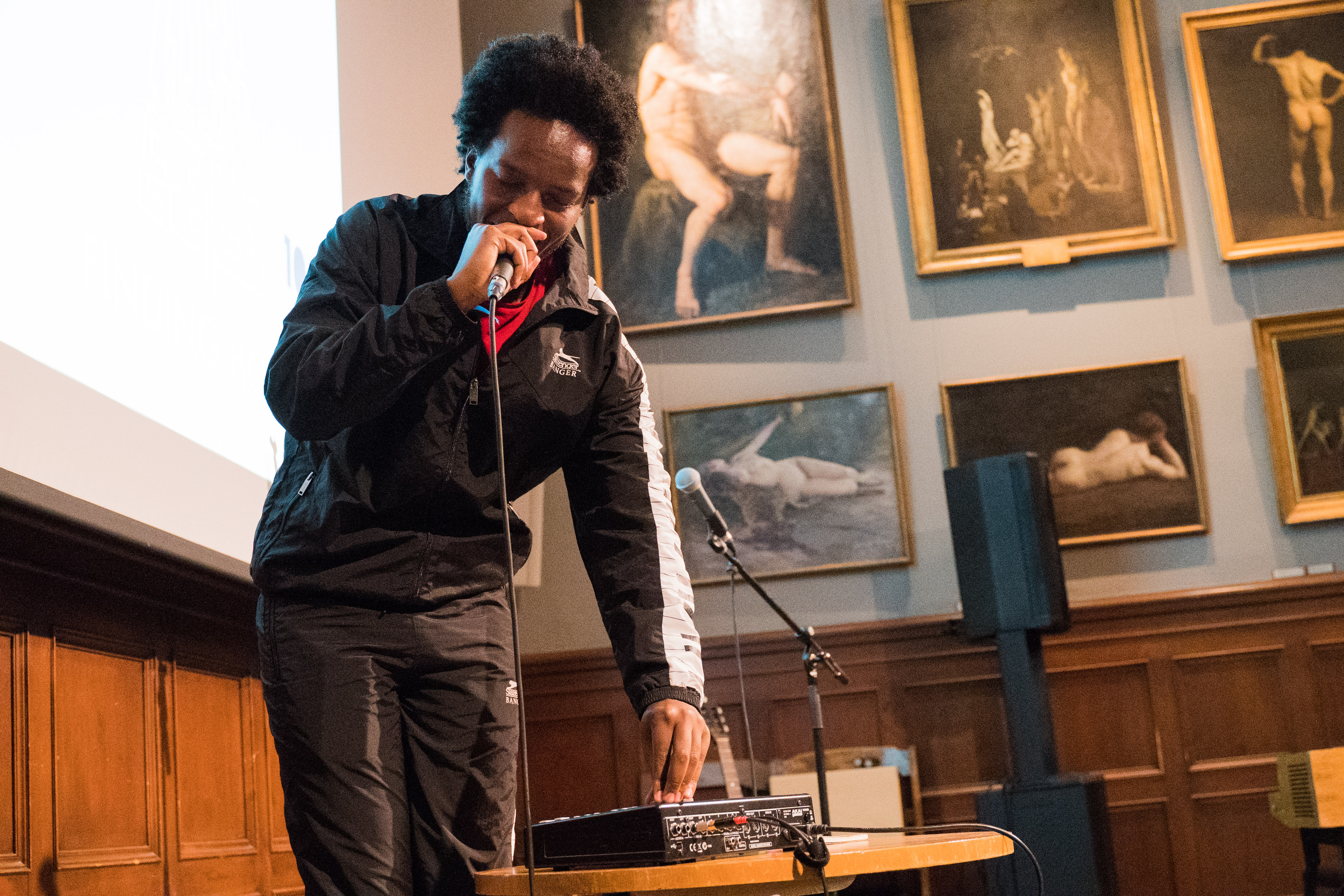 Friday’s last international performance was by Kayo Chingonyi, from England and born in Zambia. Chingonyi finds inspiration in his inheritance in order to express feelings of absence and lack of belonging. He performed his poetry to the rythmic beat of a drum machine. 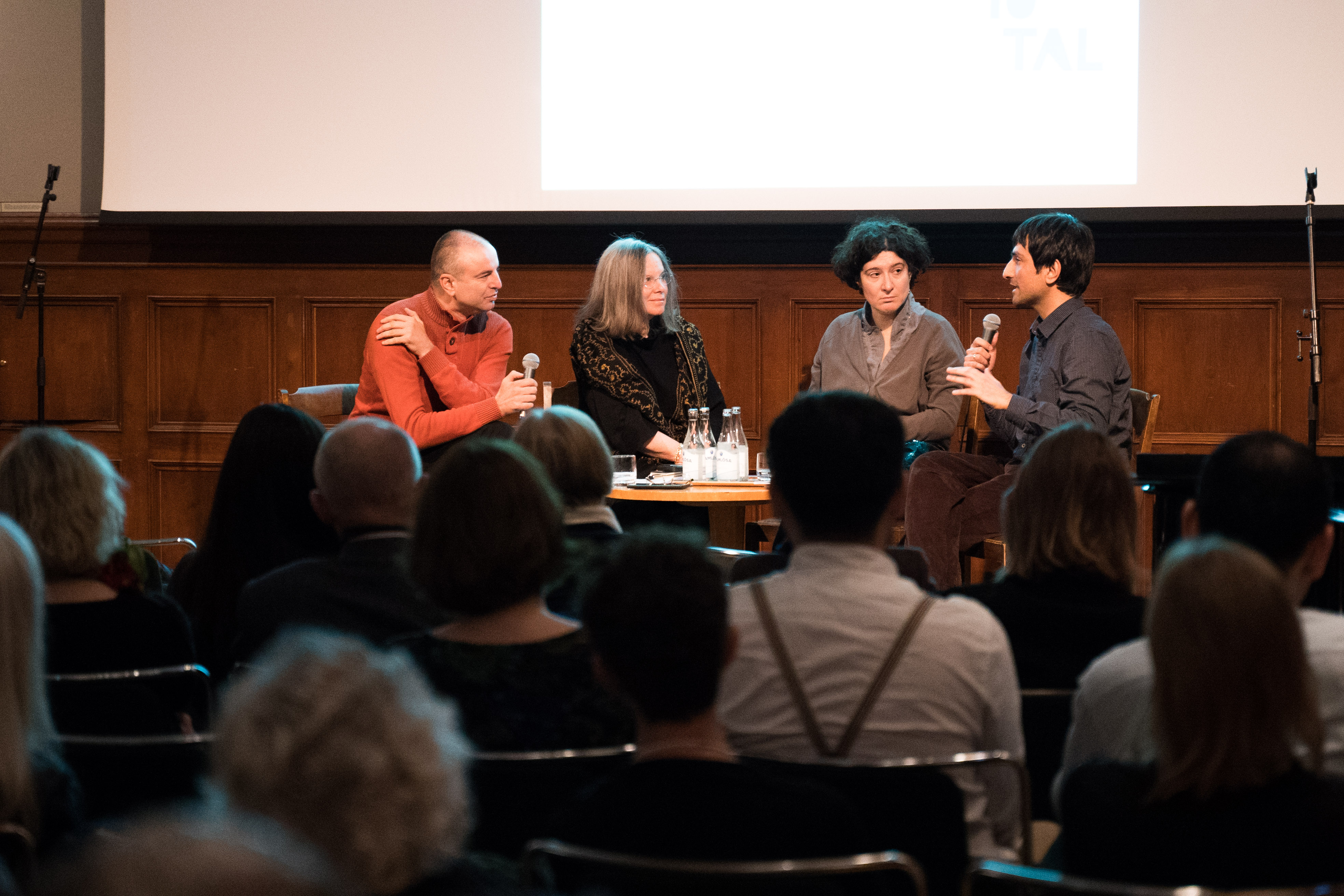 Saturday started of with a seminar: »Finding a Home Outside of Memories«. »My grandmother used to say that the home is where the hearth is«, Maria Stepanova said in the conversation with Carolyn Forché and Golan Haji, moderated by Nikola Madzirov. 10TAL hopes that poetry can constitute such a hearth. 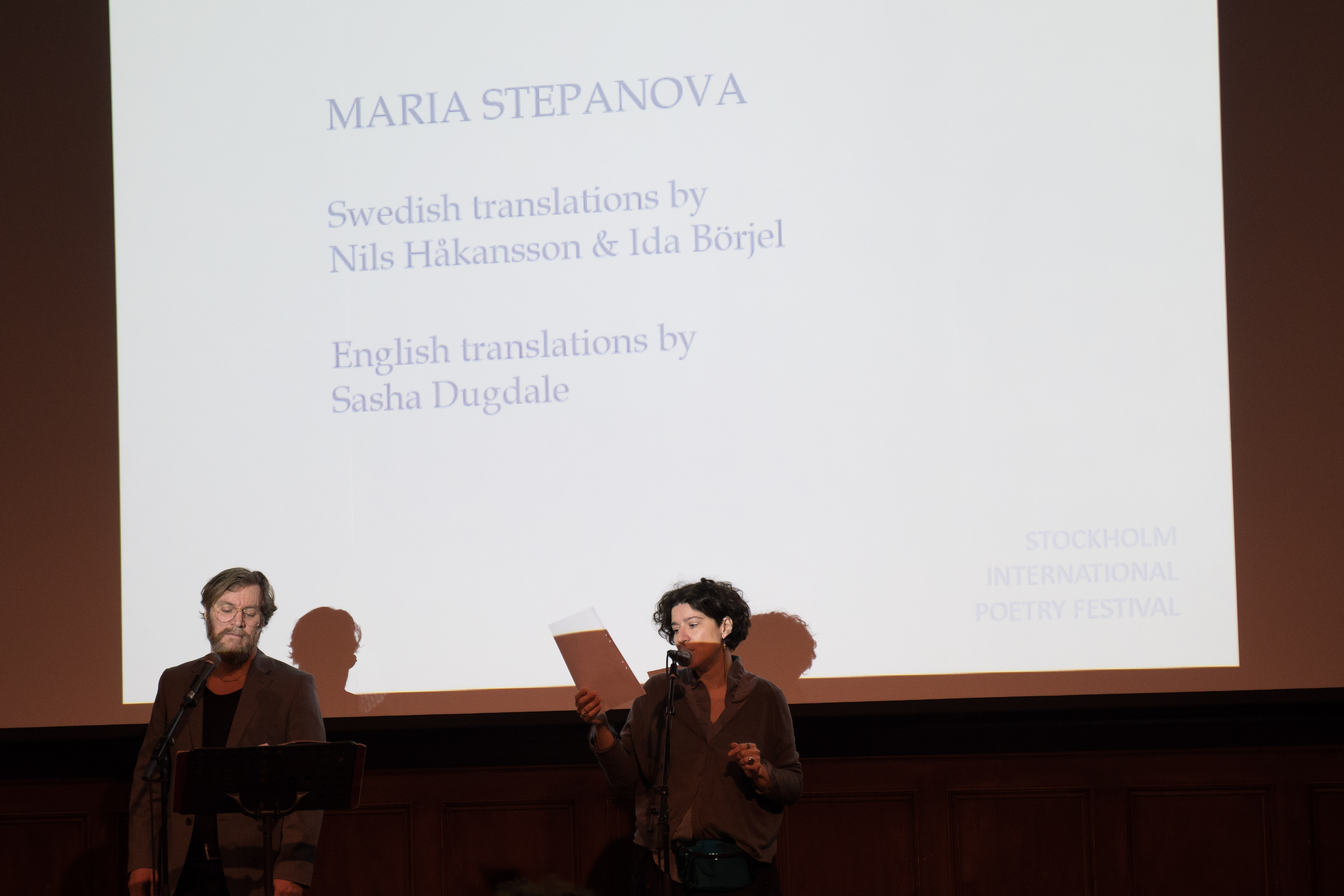 Maria Stepanova is one of the most vibrant voices of today, and her writing is infused with »postmemory« – how trauma of past generations affects the later generations, who do not have first hand experience of the trauma in itself. Swedisg actor Magnus Krepper performed the Swedish translation. 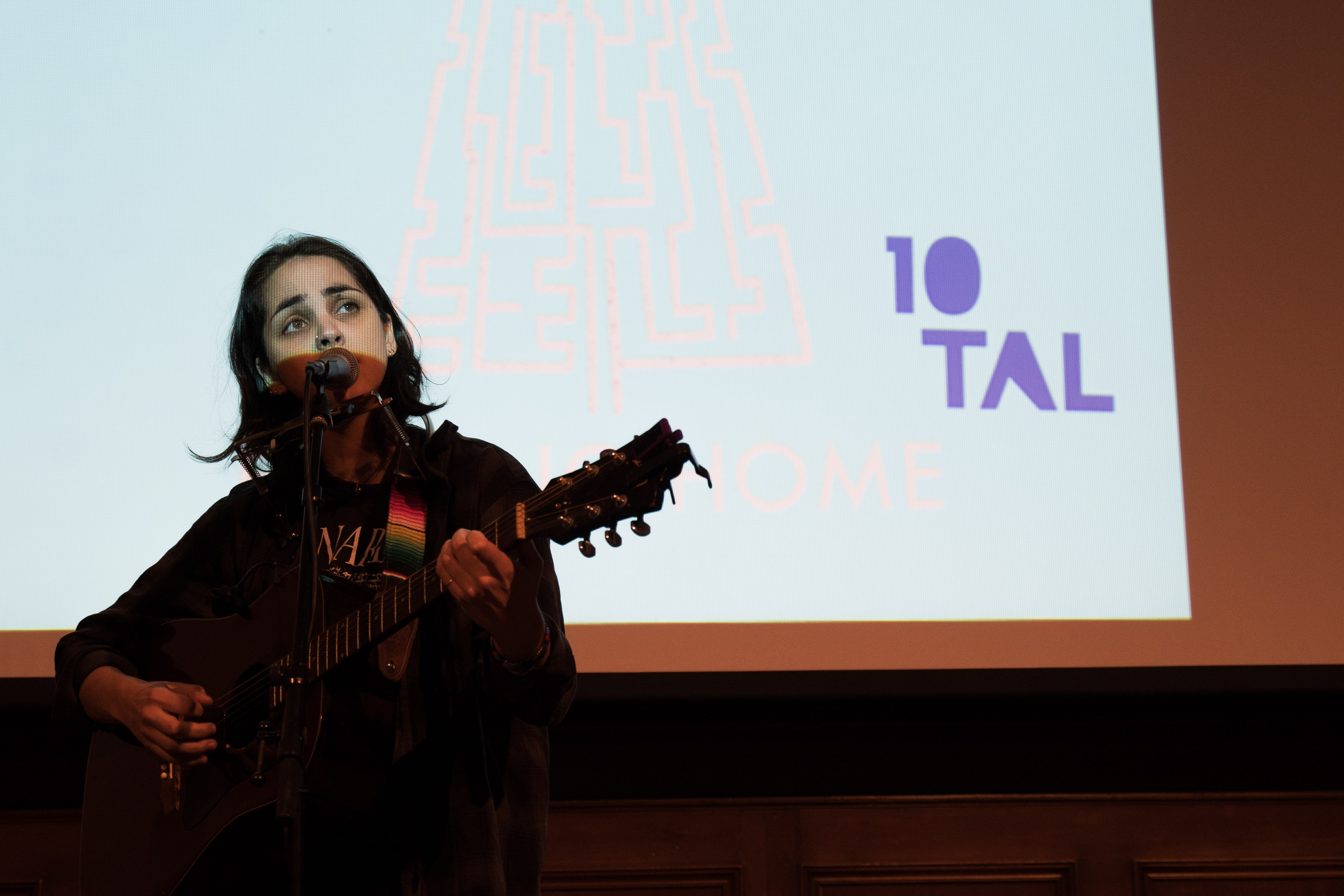 Singer/songwriter Slowgold, awarded the Swedish Grammis Award 2019 for her album Mörkare, performed her acoustic songs with a voice that filled the room. The audience was breathlessly quiet, immersed in the music. 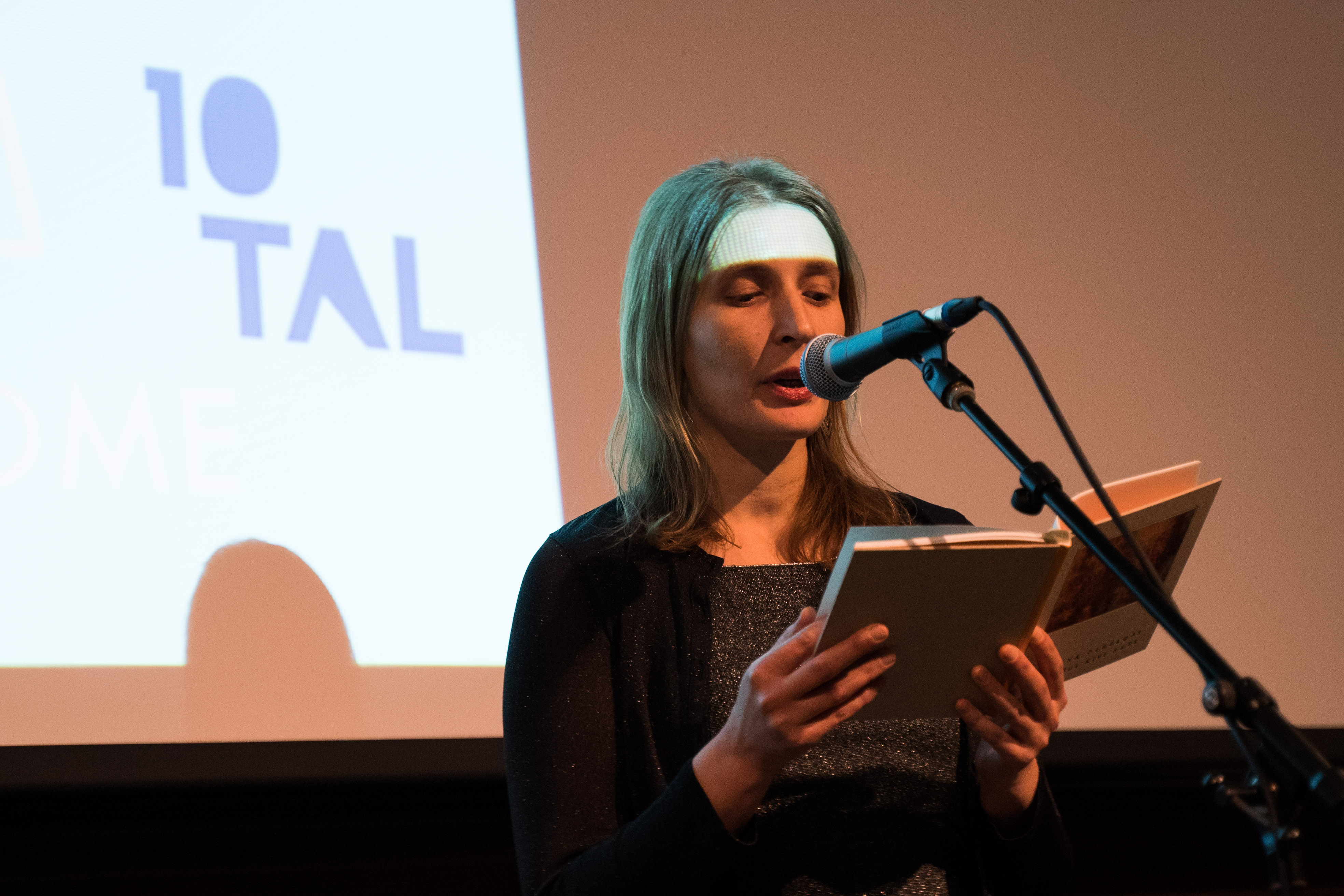 Estonian Carolina Pihelgas poetry is dealing with themes of memory, absence, nostalgia for lost worlds, and mythology. The boundaries between the memory and the roots of reality dissolve around the silent time in her poetry. Actress Maria Salomaa interpertrated the swedish translation. 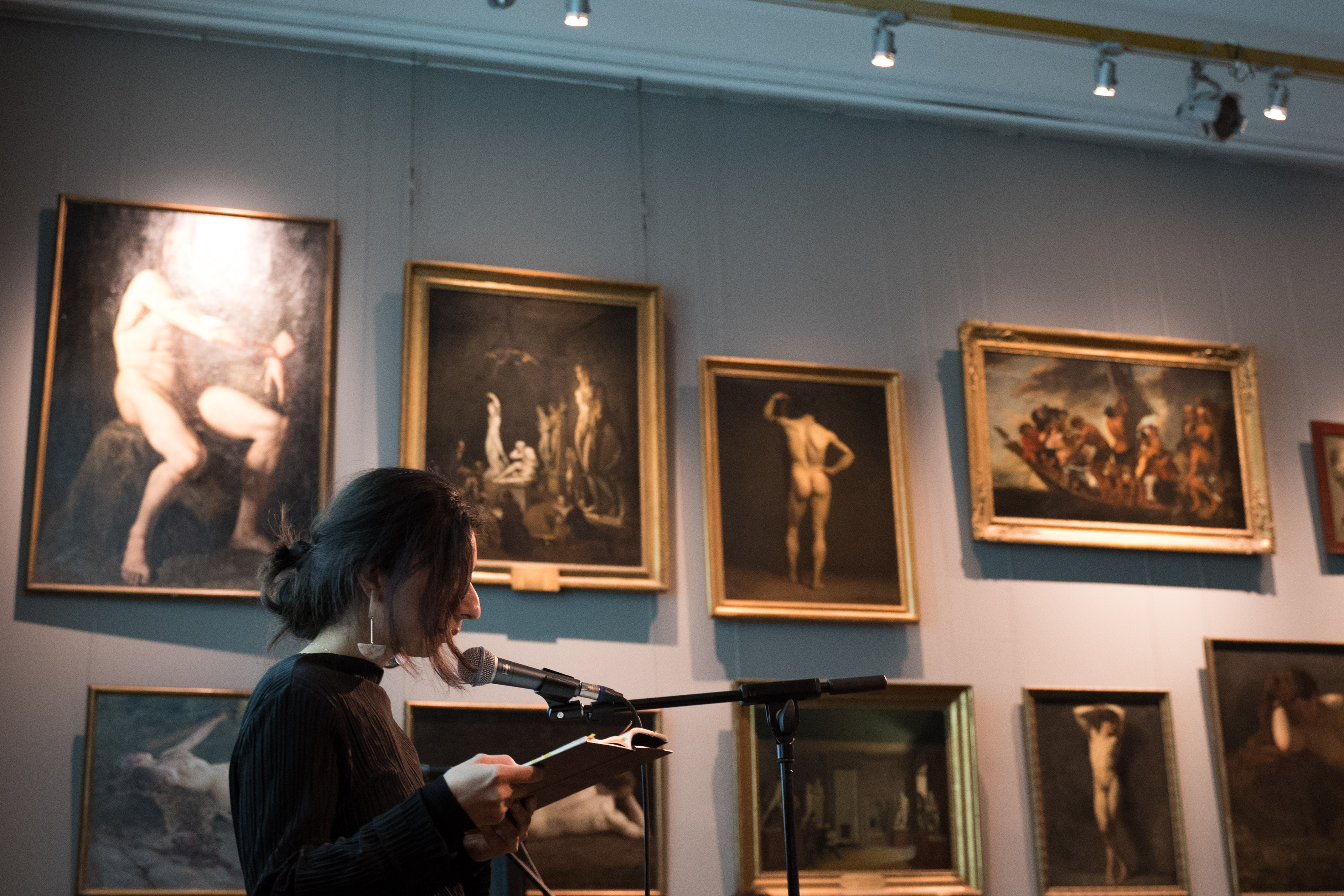 Iman Mohammed contrasts memories of everyday life with those of fleeing from one’s home in the acclaimed poetry collecion Bakom trädet ryggar. »Cold all around, all around aura / lashes spark upon dreaming / flooding thought patterns«. 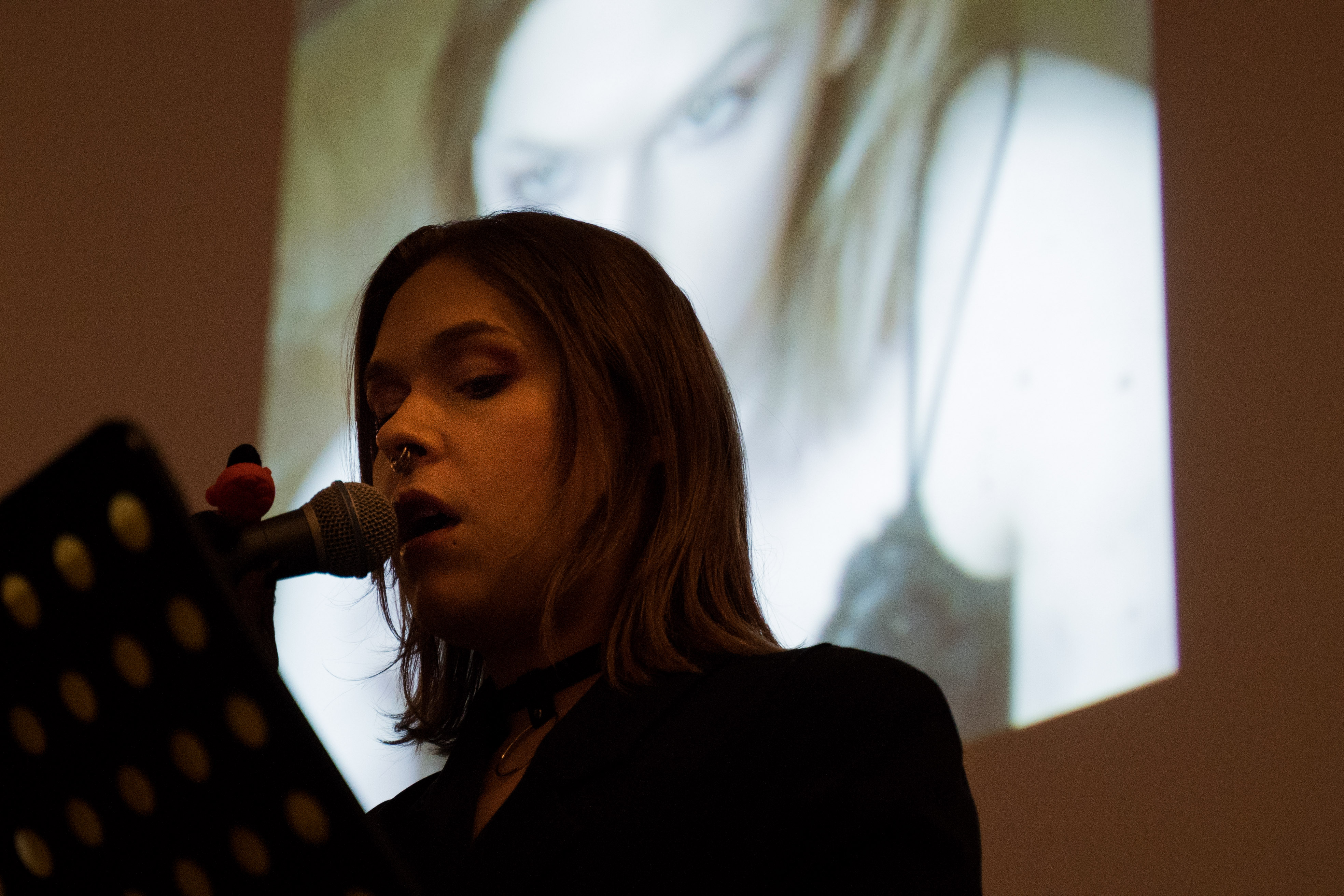 Trans-activis Saga Becker writes of mental illness linked to lack of feeling home in one’s body. At the Stockholm Poetry Festival she made a performance based on her debut novel »Våra tungor smakar våld.« 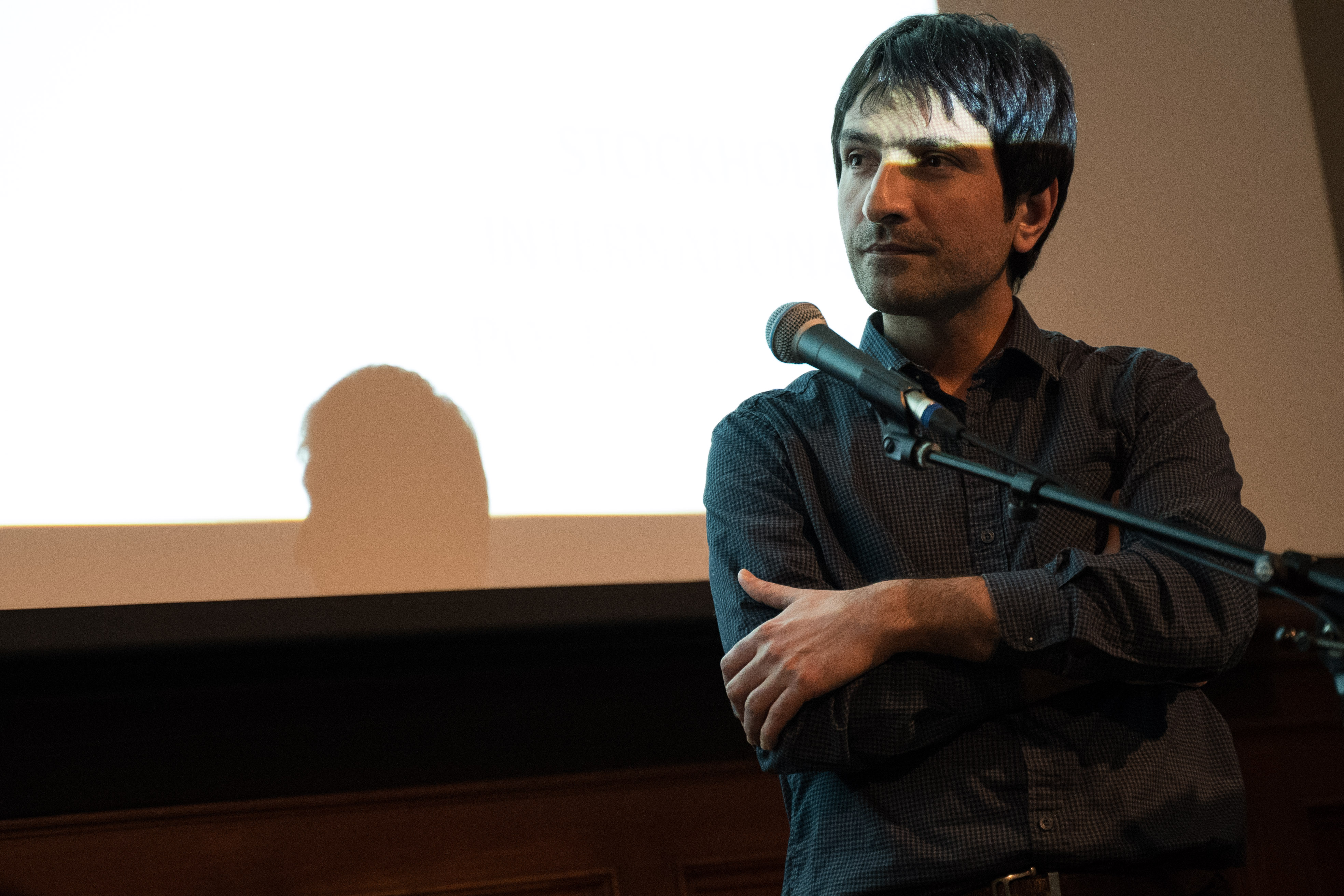 The trauma of a home lost is a central theme in the poetry of Golan Haji from Syria. His poetic language is influenced by his exile, and by the fact that he has been denied his mother tounge. Actor Magnus Krepper performed Swedsih translations. »We were rooms on the roof of the world / that light built from silence«. 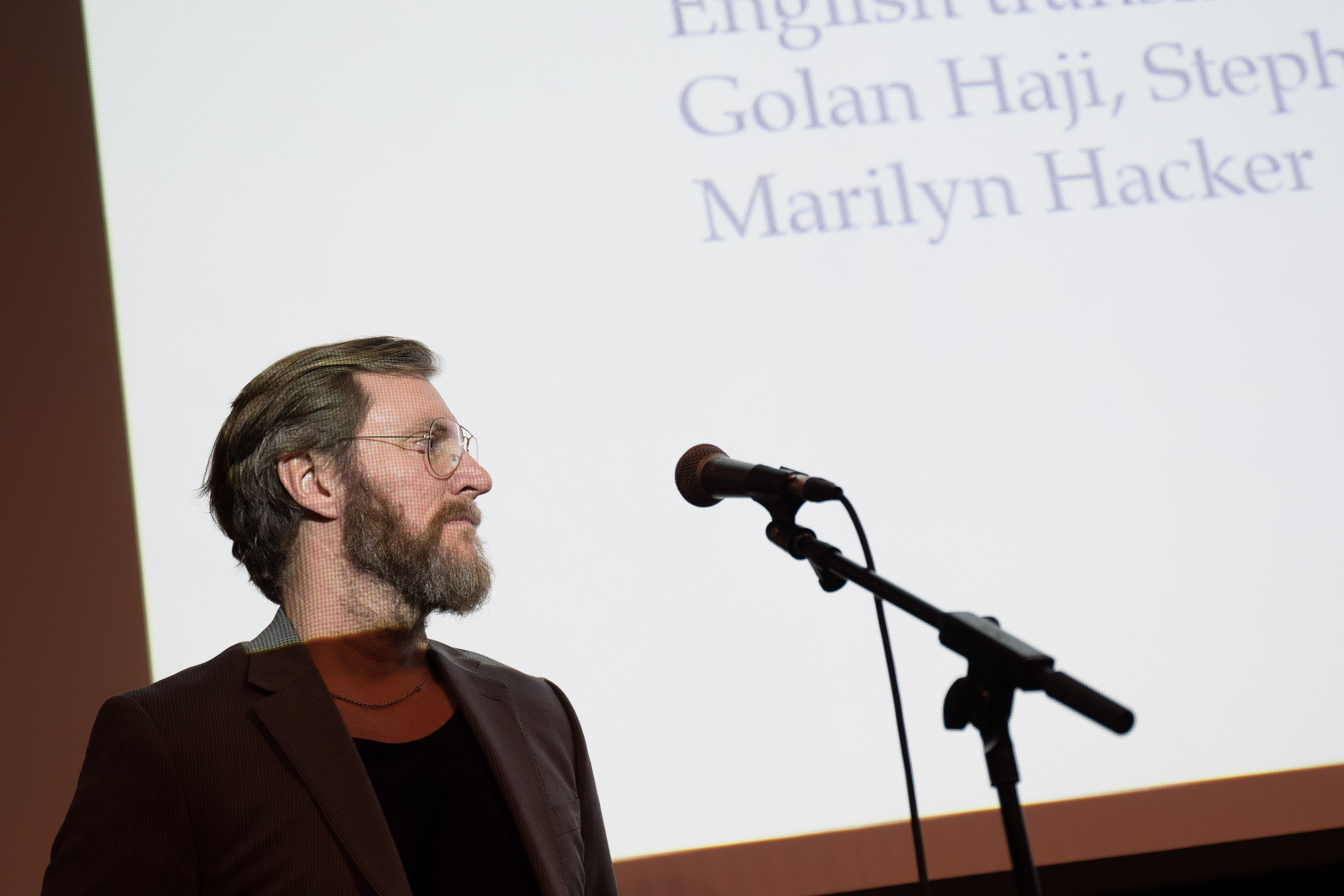 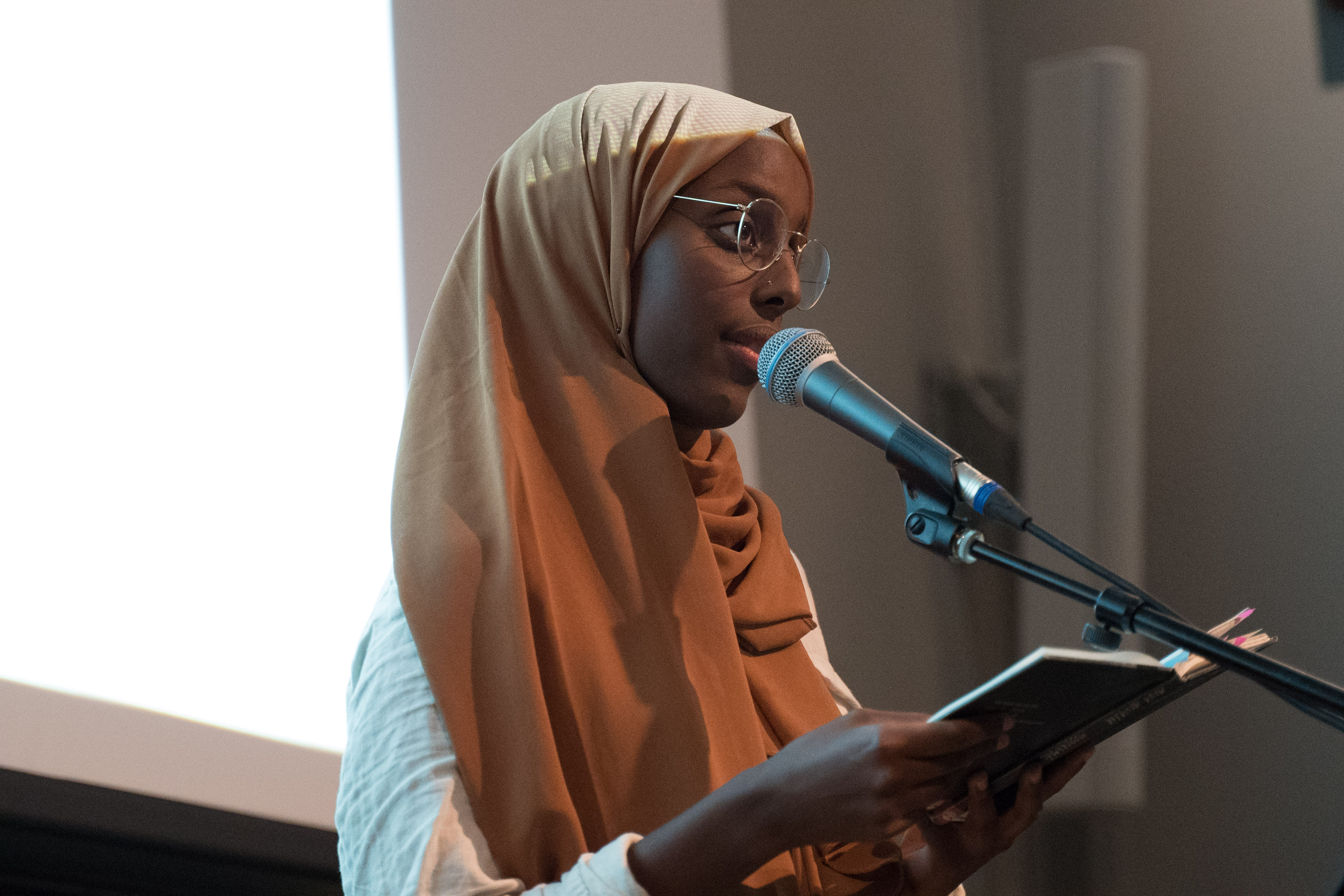 The poetry of newly published Mona Monasar depicts how it is to grow up in Sweden as a black, muslim girl, in the 21st century. In 2016, she performed at AKT UNG, 10TAL’s stage for young poets. 2019 she performed poems from her collection Modersmål at the Stockholm International Poetry Festival: »my mother wakes up to a strange languageher brain does not have the time to translate«.