During November 24-26, Stockholm International Poetry Festival was arranged for the 21st year in a row, at the Nobel Museum in the Old Town. The second day of the festival, Saturday November 25, was arranged with the theme Re-Enchantment. The performance featured readings by young and keen poets such as Anna Axfors, Elis Burrau and Caspar Eric (Denmark), and by older and established poets like Göran Sonnevi and Lisa Robertson (Canada). It was a performance with many engaging readings and music. During the breaks, Magnus Holmander (clarinet) and Irina Serotyuk (accordion) played music. See pictures from the Stockholm International Poetry Festival 2017 and read more about the participators below! 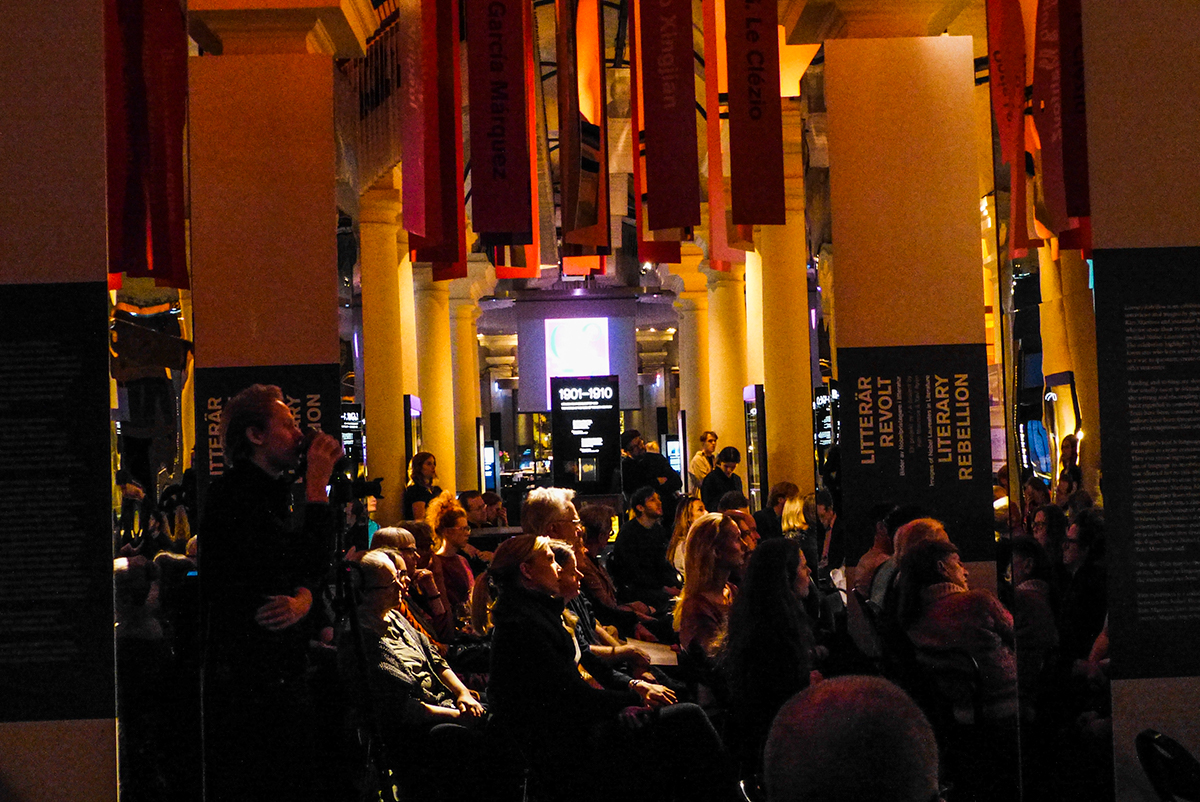 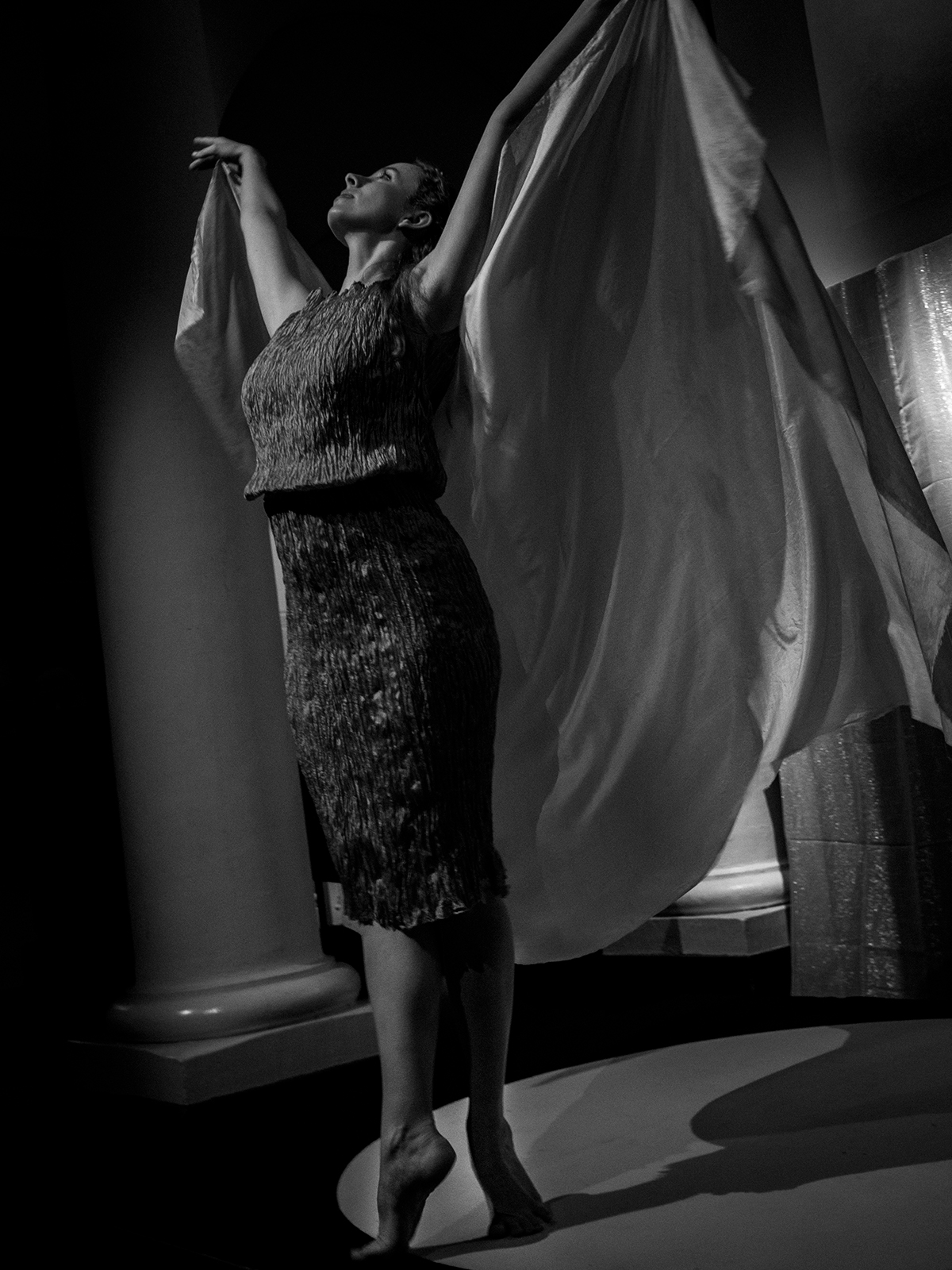 Young dancer Lilly Zetterberg has performed all over the world with the legendary Isadora Duncan as her foremost source of inspiration. Educated at the Royal Swedish Ballett School and Boston Ballet School, she is famous for her vibrant independence as a dancer, thinker and activist. She has inherited many of Isadora Duncans’s top student Anna Duncan’s costumes and continues to dazzle her audiences worldwide. 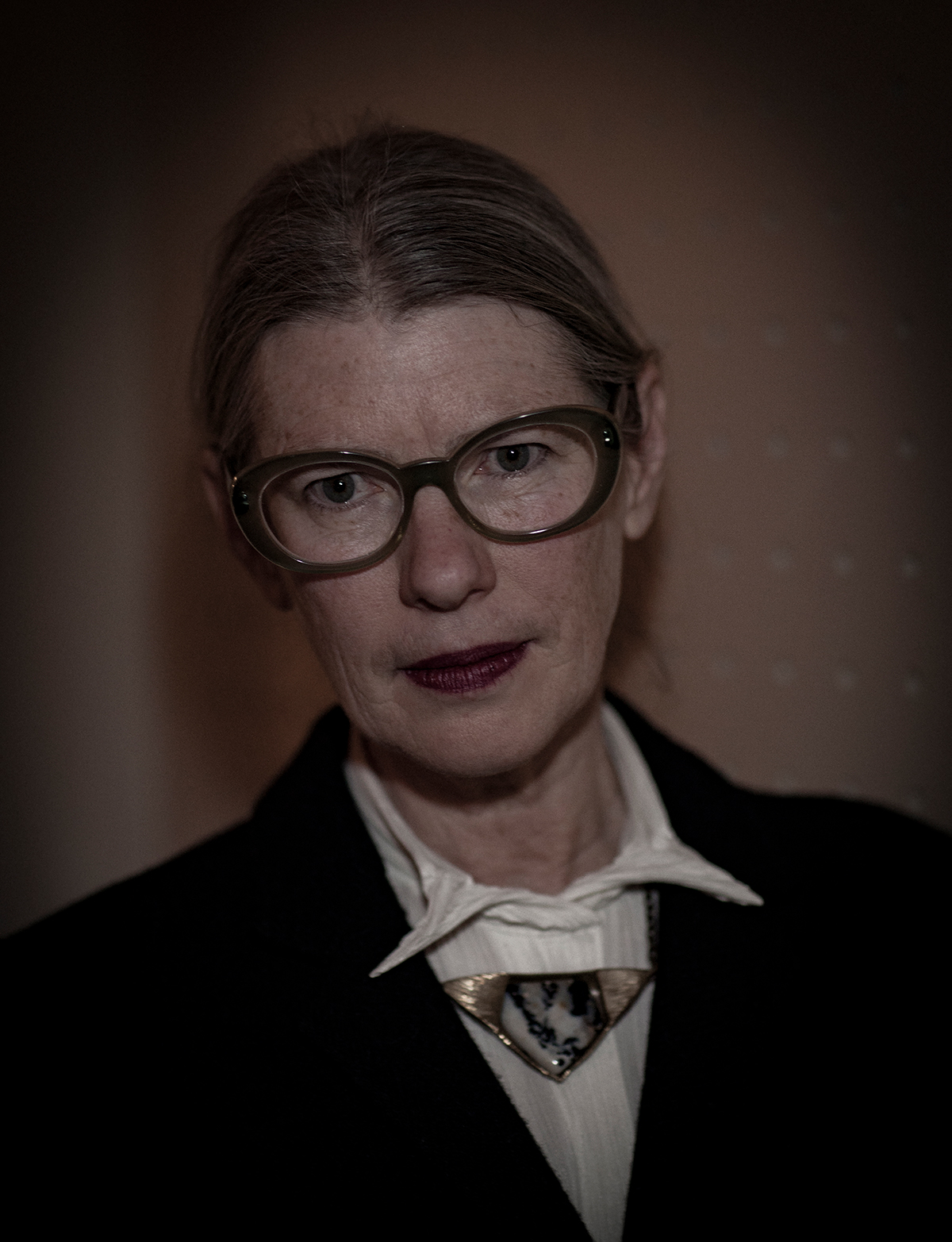 Lisa Robertson is a widely celebrated poet who visited the festival and Sweden for the very first time. She has since her debut in the nineties published numerous critically acclaimed books, making her one of Canada’s most popular and internationally recognised poets. Challenging traditional poetic expressions, her work is political and feminist and incorporates genres as diverse as epic poetry, news prose and weather forecasting. The political aspects of her poetry often deals with issues concerning race, gender and sexuality. Robertson has also written extensively on topics such as contemporary art, architecture and urban geography.

During the festival Robertson performed previously unpublished poems on the themes of enchantment and re-enchantment. Actress Nina Zanjani read her poetry in Swedish in a Swedish translation by Niclas Nilsson. 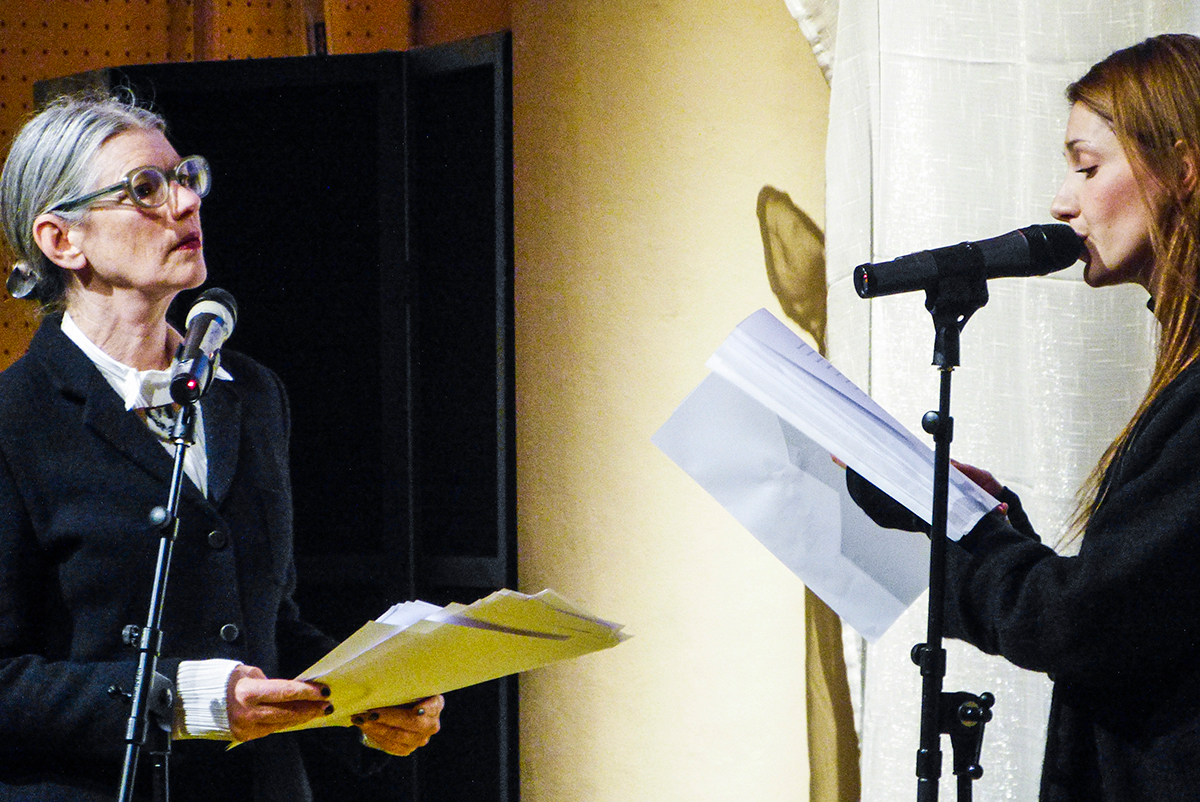 Nina Zanjani is a famous actress for her leading roles in plays at The Royal Dramatic Theatre and Gothenburg City Theatre as well as in Swedish blockbusters such as Se upp för dårarna and Farsan. During the festival she also interpreted the poet Caspar Eric (Denmark). 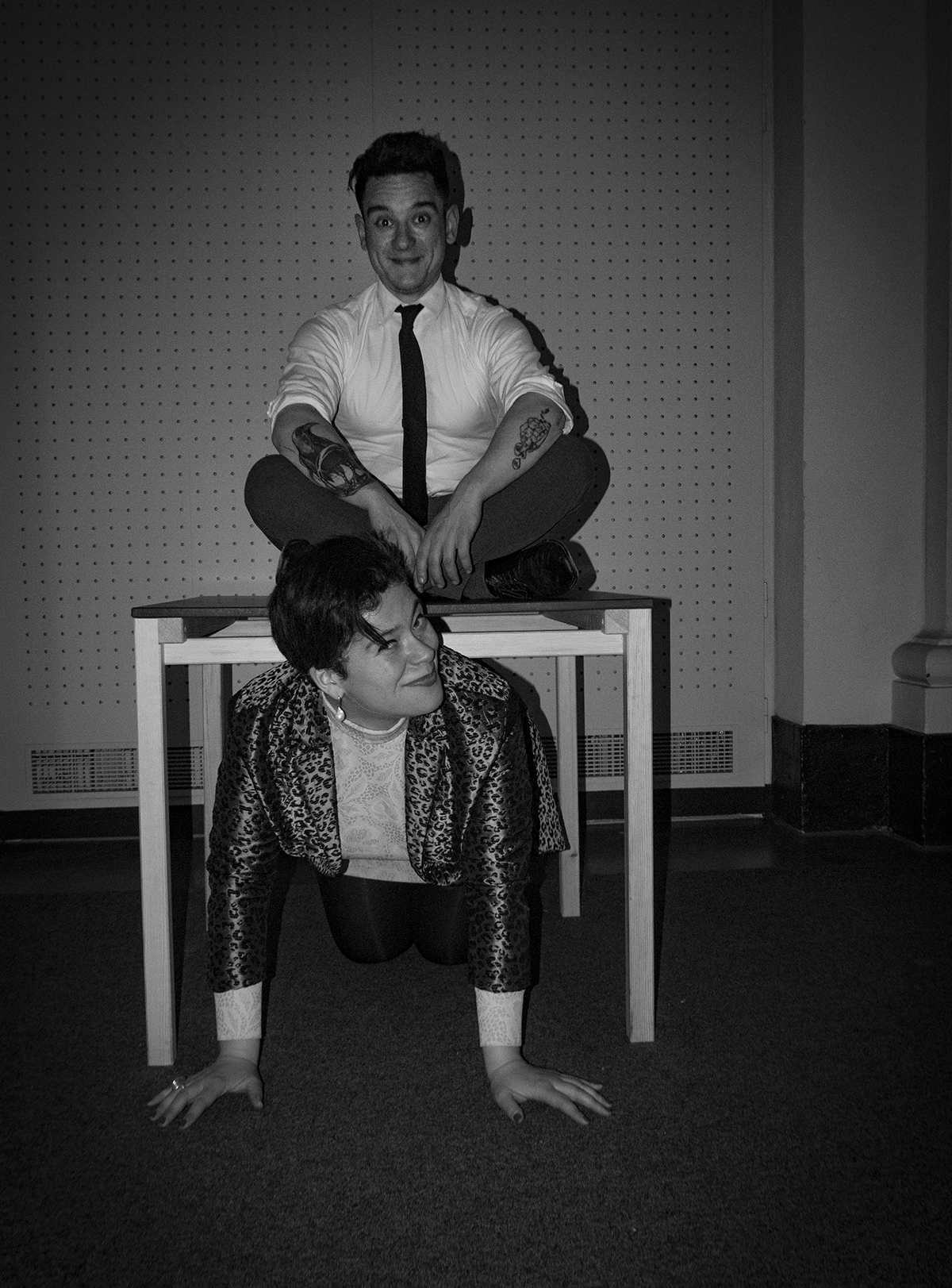 Nora Gomringer, the recipient of the 2015 Ingeborg Bachmann prize, performed for the third time at the Stockholm International Poetry Festival. With her poetry and dazzling stage performances she is one of her generation’s most celebrated poets. A Swedish translation of her poetry collection, Säg nåt om natten då, was published in 2011 by 10TAL Bok in a translation by Cecilia Hansson. Gomringer often writes about the German language and how it once both seduced and appalled a whole world. This year she performed together with jazz musician and Leipzig Jazz Award recipient Philipp Scholz.

Nora Gomringer och Philipp Scholz combine poetry with music, voice and drums. They transform poetic verse into scat and musical readings. Last fall they toured Japan with their first record PENG PENG PENG PENG and most recently they have performed in southern Kenya. Gomringer and Scholz are both honorary doctors of poetry at Klagenfurt University. 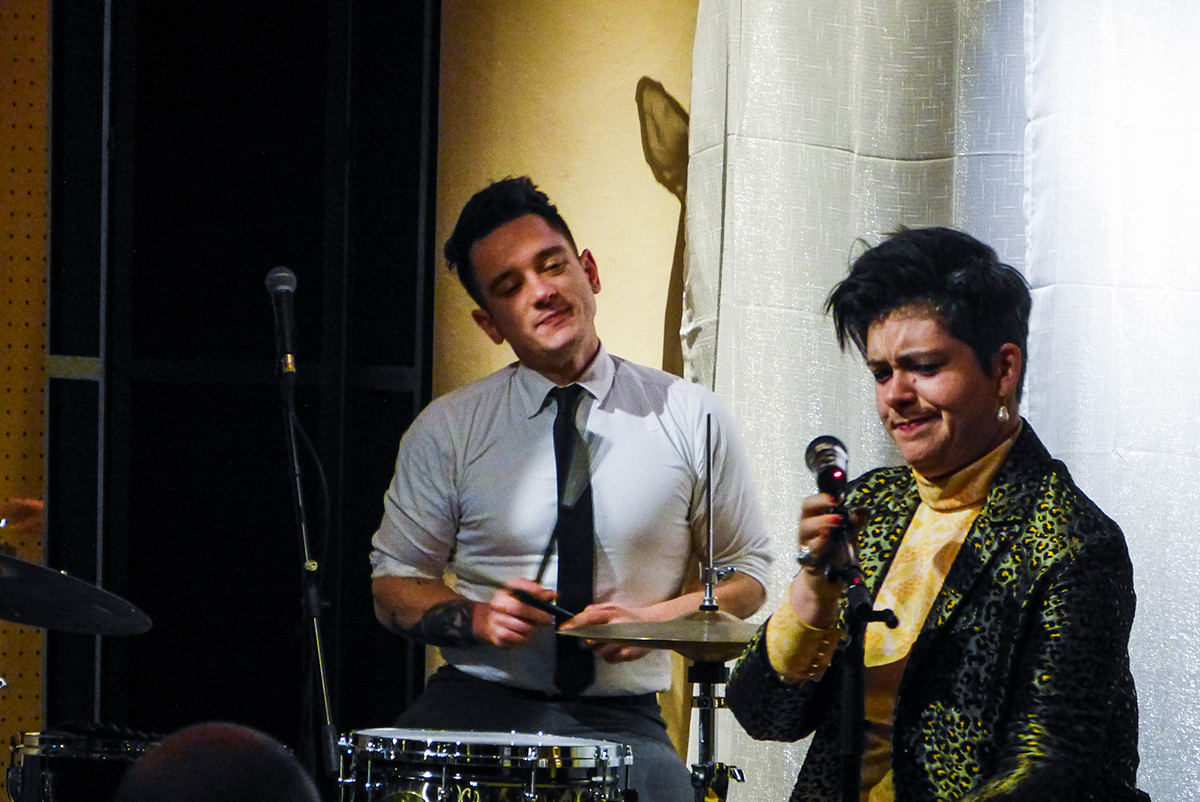 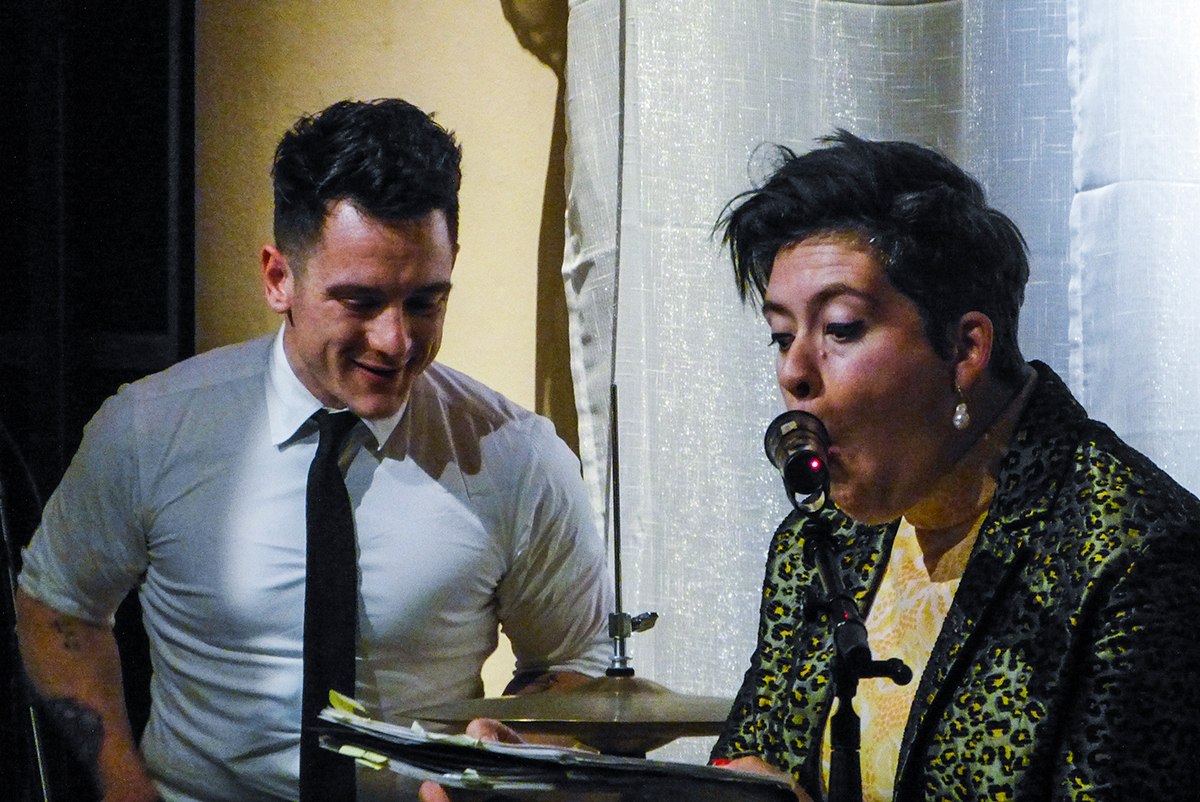 Göran Sonnevi is one of Sweden’s most prominent poets who just published Sekvenser mot Omega at Albert Bonniers Förlag. Since his debut in 1961 he has published more than a dozen collections of poetry commenting on the relationship between the individual and social structures. Politics, mathematics and classical music are other recurring themes in Sonnevi’s vividly lyrical poems.

An avid translator, he has translated several works by Ezra Pound, Osip Mandelstam and Hans Magnus Enzensberger to Swedish as well as written texts to the works of Swedish composer Daniel Börtz. Sonnevi’s later poetry is longer and at times musical, weaving together everything from news to quantum mechanics to love musings.

In 2006 his collection of poetry Oceanen was awarded The Nordic Council’s prestigious literary award. 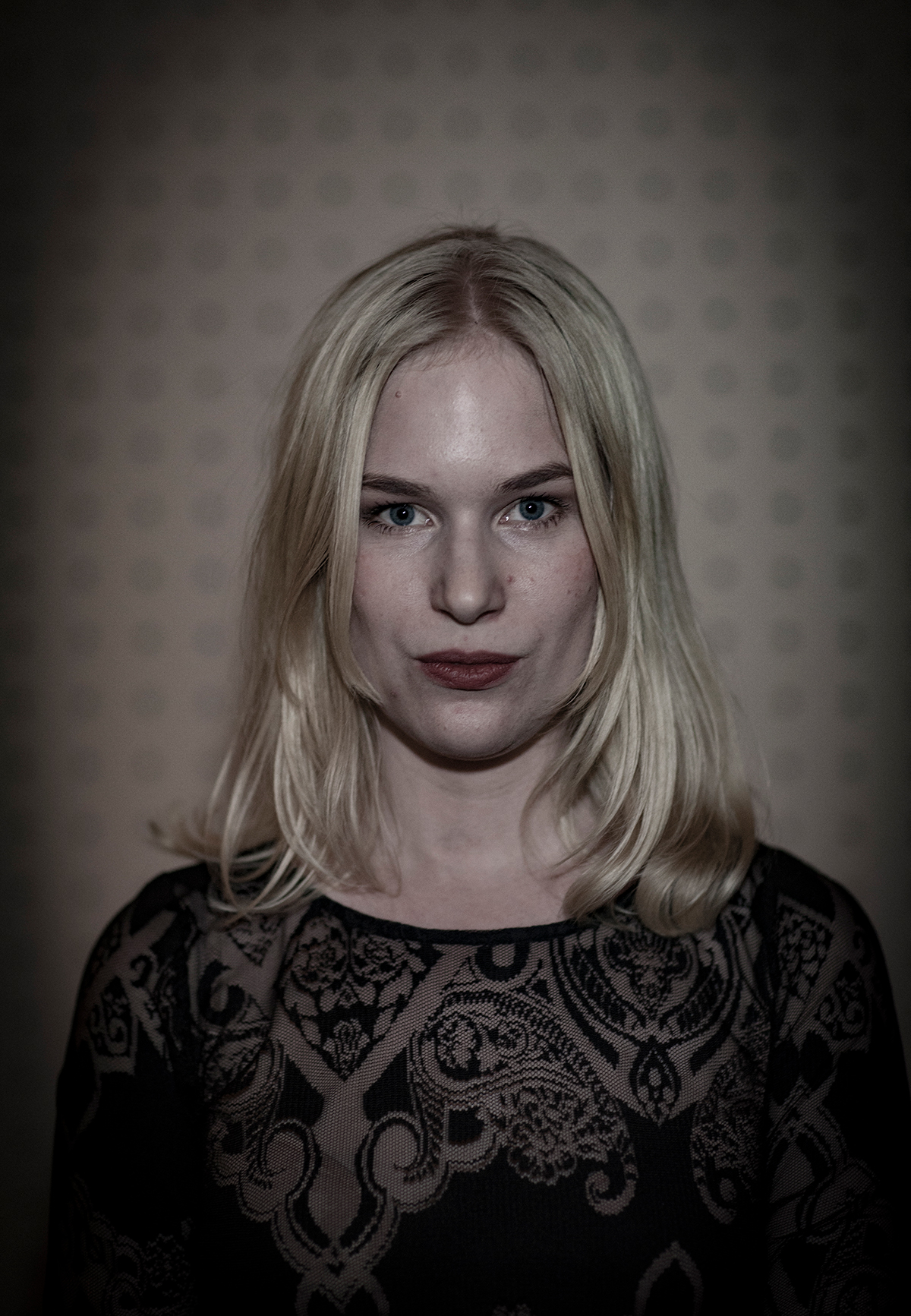 Swedish poet Anna Axfors debuted in 2016 at 10TAL Bok with the lyrical novella Kärleksbrevet and has become a major voice in Sweden’s young poetry scene. Combining poetry and prose, she expresses grief and shares existential reflections with drastic irony and a subtle sense of humor. Last year Axfors performed at Stockholm International Poetry Festival and has since contributed regularly to poetry festivals in Sweden and beyond. She will soon be publishing her first collection of poetry, Jag hatar naturen at 10TAL Bok. 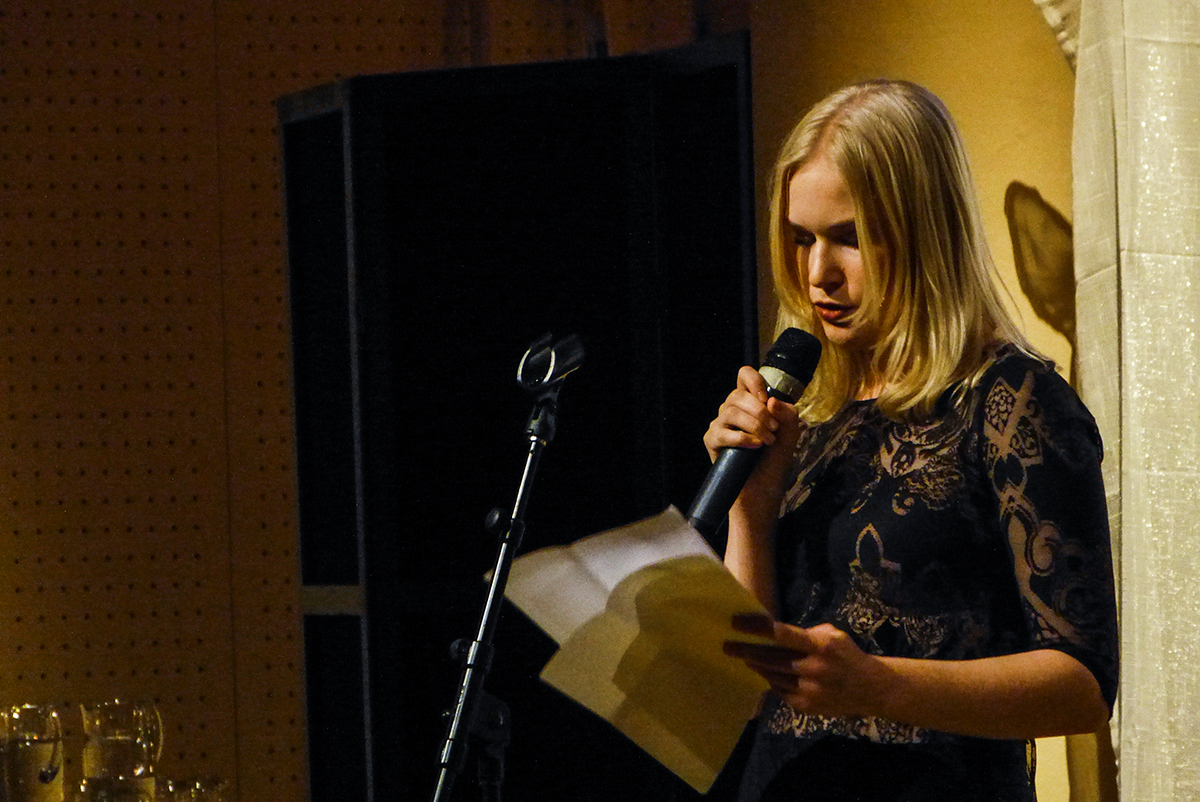 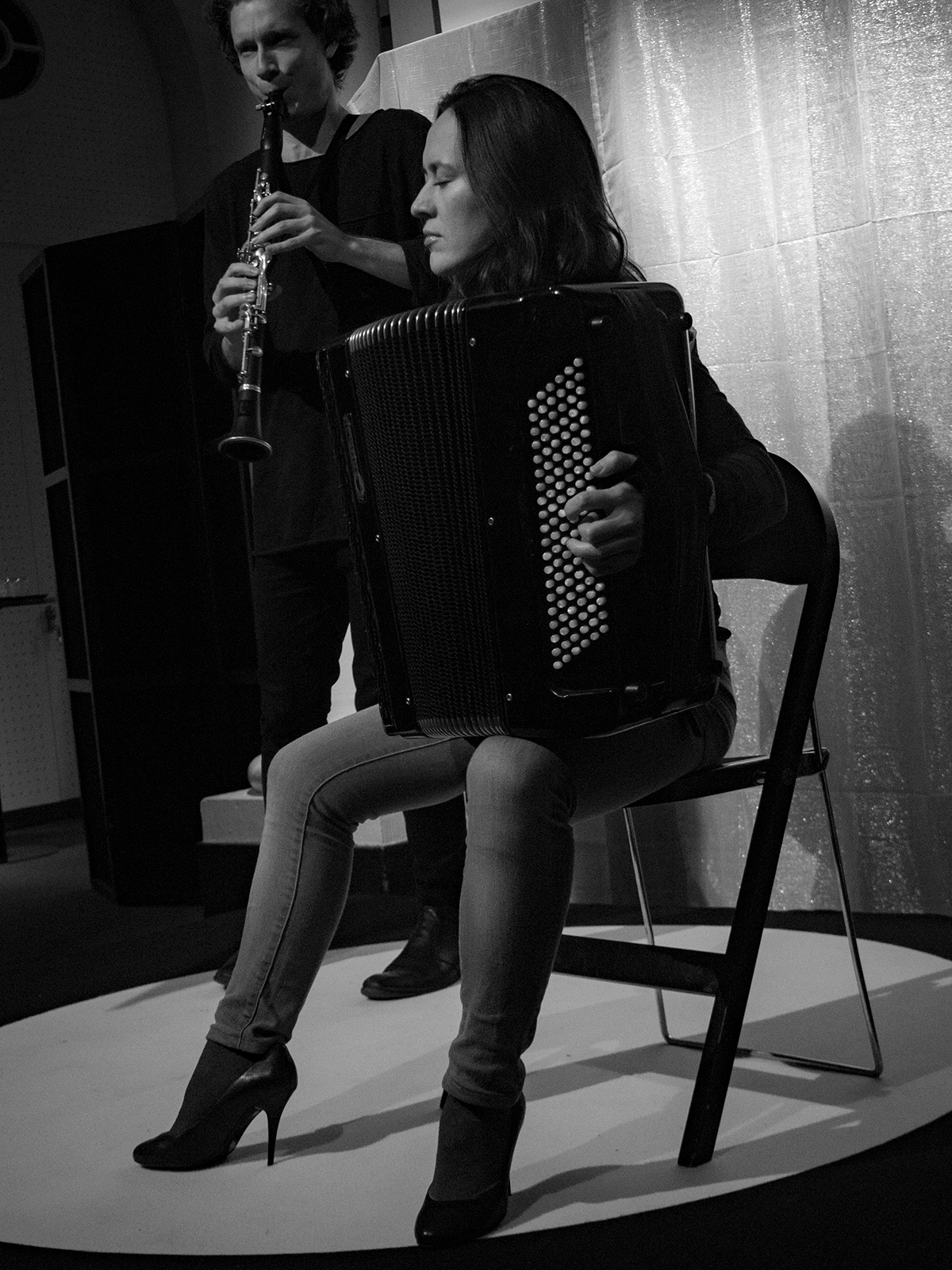 Winners of the prestigious “Young and Promising”, a Swedish national contest for duos and ensembles, Magnus Holmander and Irina Serotyuk, are educated at Odessa National Academy of Music and the Royal Collage of Music respectively. Magnus, winner of De Unges Konsert and recipient of the Frimurarna scholarship, is part clarinetist and part magician whose unique talent has led him to solo performances at places such as Royal Festival Hall in London and Auditorium in Milano. Irina, winner of ”Torneo Internazionale di Musica” and awarded “Gaude Polonia” by Poland’s Minister of Culture, is a renowned accordion player who has performed and won numerous awards in over 30 countries. Together they form a dynamic duo that will leave no one untouched. 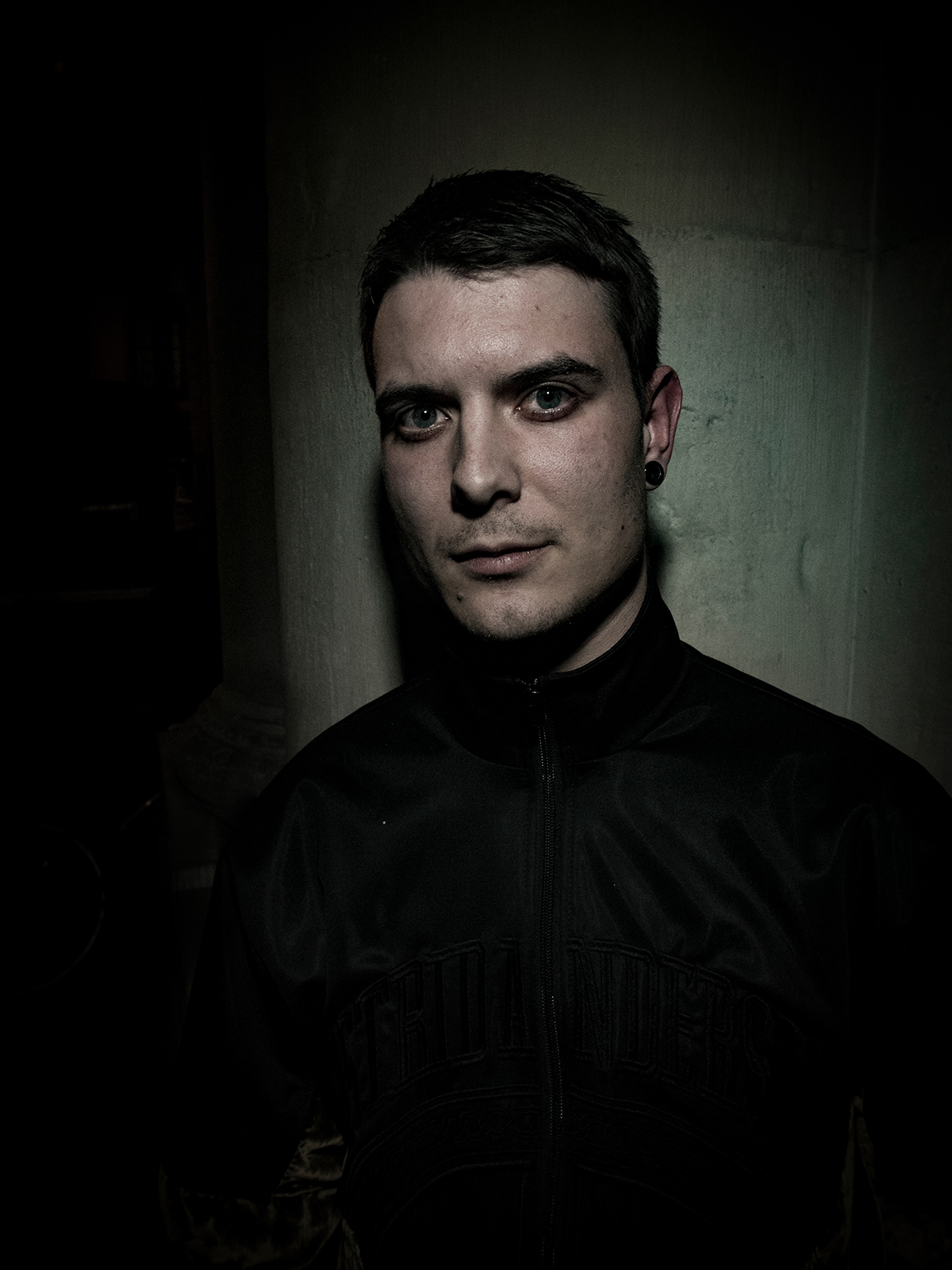 Caspar Eric is one of Denmark’s most promising young poets who has been celebrated by critics as a “poetic defibrillator”. He debuted in 2014 with the poetry collection 7/11 for which he was awarded Munch Kristensens Kulturlegat. Caspar’s poetry, particularly his latest collection Avatar (2017), deals with everything from melancholy to suicide and capitalism, often from young people’s perspective. In his collection Nike (2015), he writes about his personal experiences with living with cerebral palsy and discrimination against “abnormal” bodies. 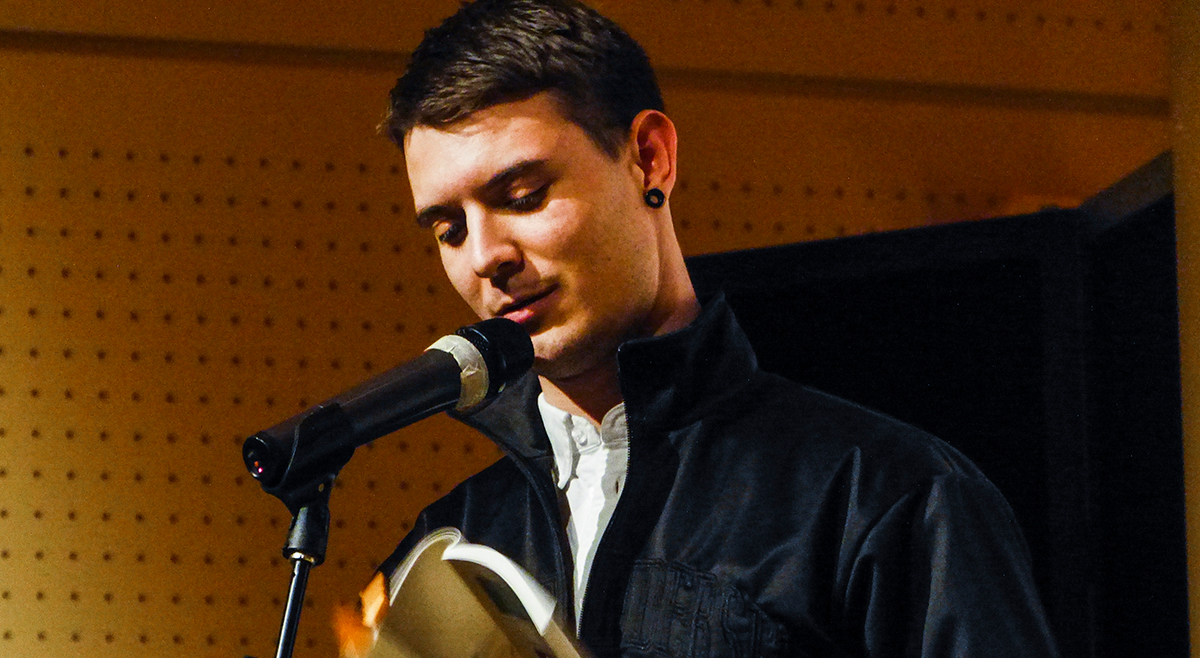 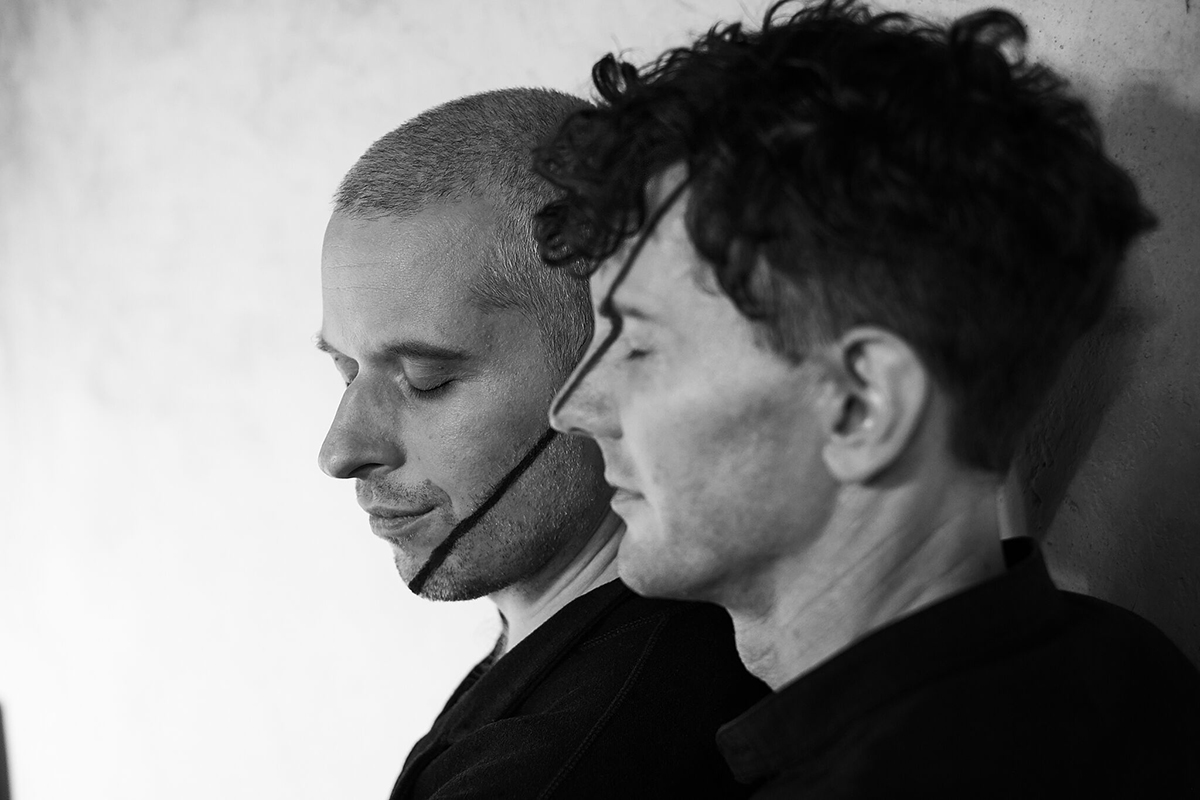 Composers and musicians David Åhlén och Andreas Eklöf ’s collaboration 1921 performed songs from their new album In my veins. Åhlén, by some considered to be the Arvo Pärt of indiepop, and Eklöf, are an exhilarating duo mixing magical falsetto with electronic tunes. Their new album includes translations of the texts of the mystic and hymnist Linnea Hofgren (1868-1921) and is a spiritually curious and musically phenomenal experience. 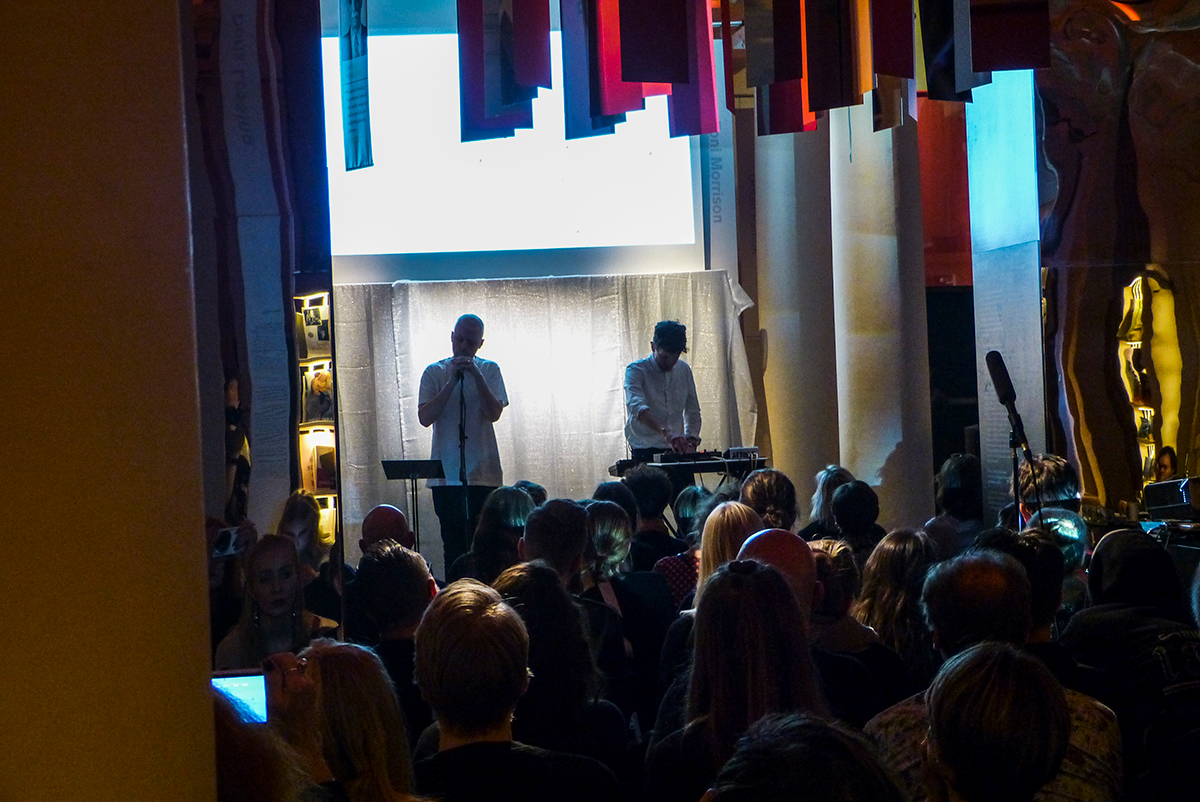 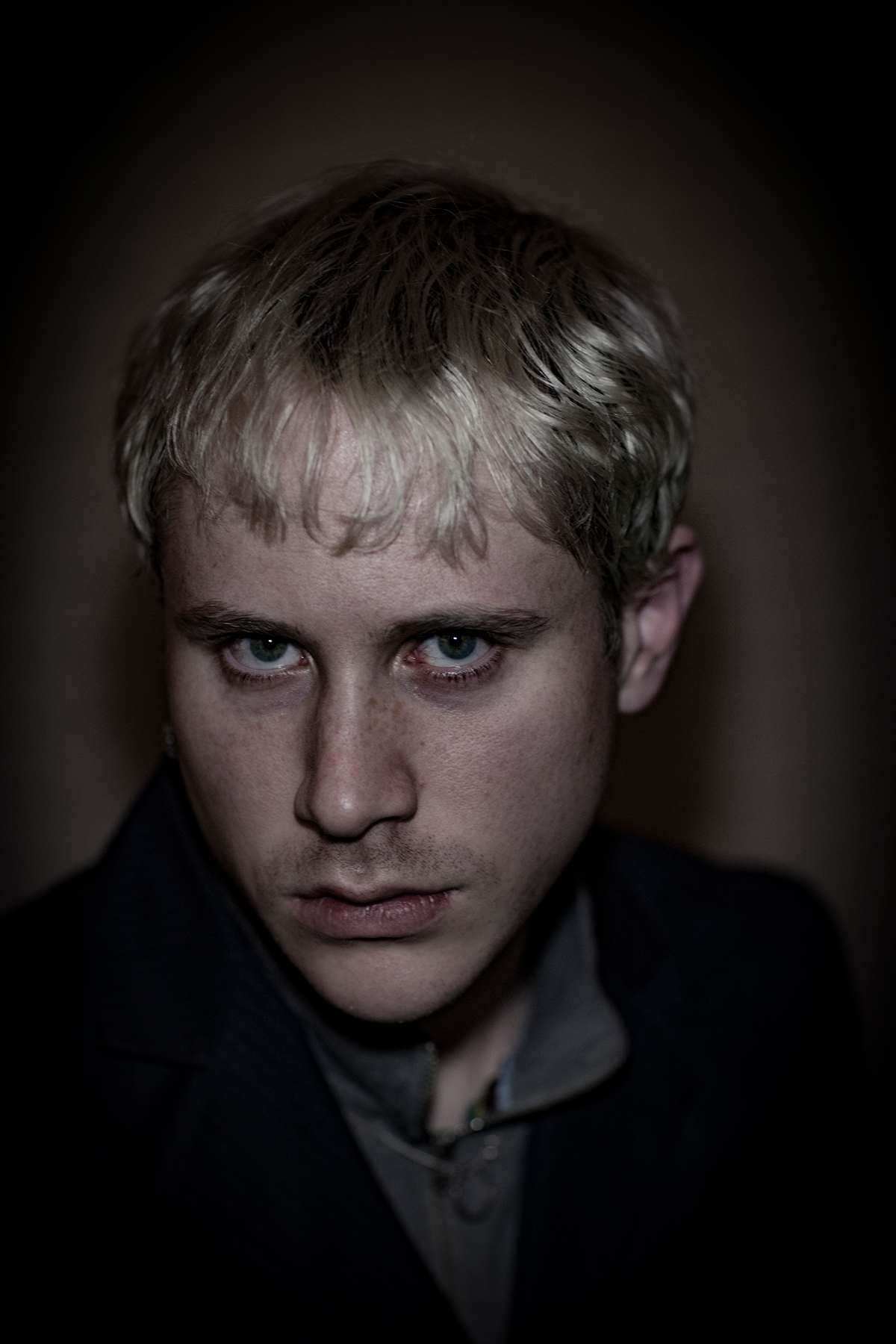 Elis Burrau is a prominent and award-winning figure in the new playful wave of young Swedish poetry. Following the publication of his second collection of poetry, Röda dagar, published by 10TAL Bok in 2017, he is considered as one of the funniest and most spirited poets of his generation. Hubristic and overwhelming, the collection is a jittery flow of anxious poses and romantic interludes in everyday life. Burrau introduces us to the world of a young poet in which Anne Carson is as interesting as Paris Hilton and Amy Winehouse. Together with poet Anna Axfors, Burrau runs the publishing house Fame Factory. His first novel, Karismasamhället, is to be published by Albert Bonniers Förlag in January 2018. 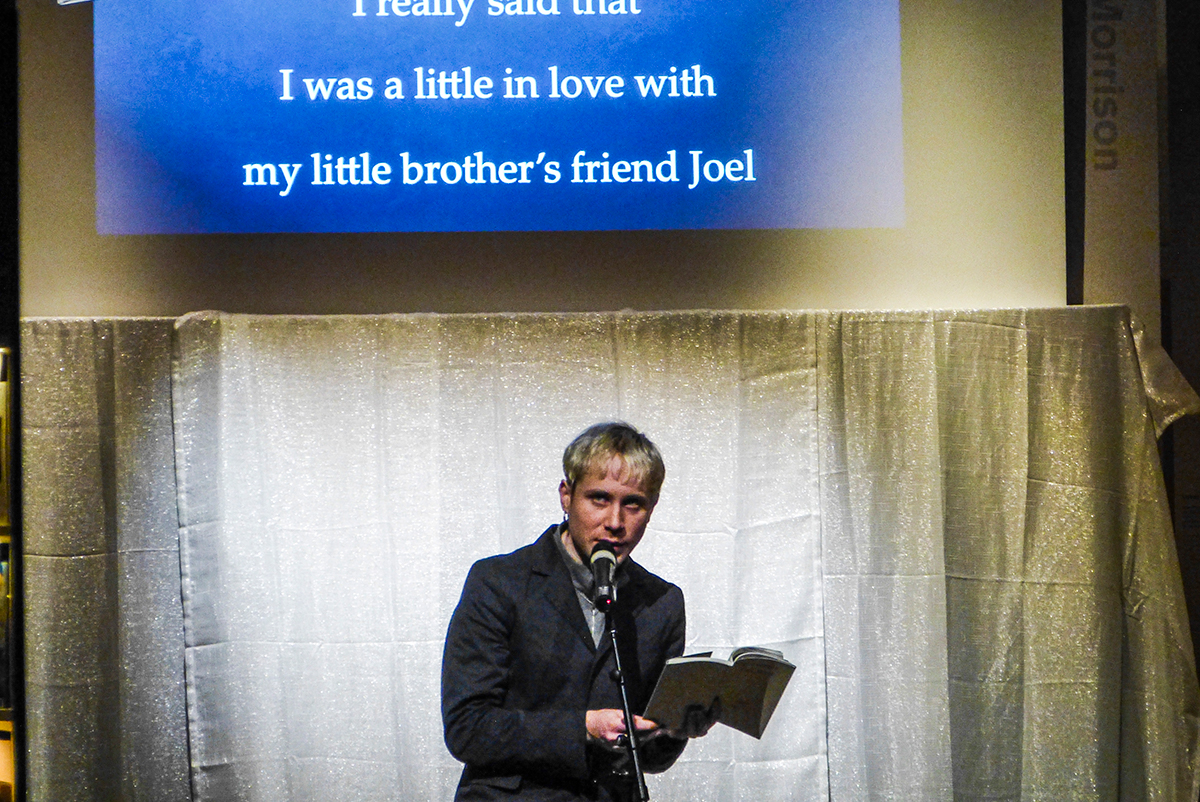